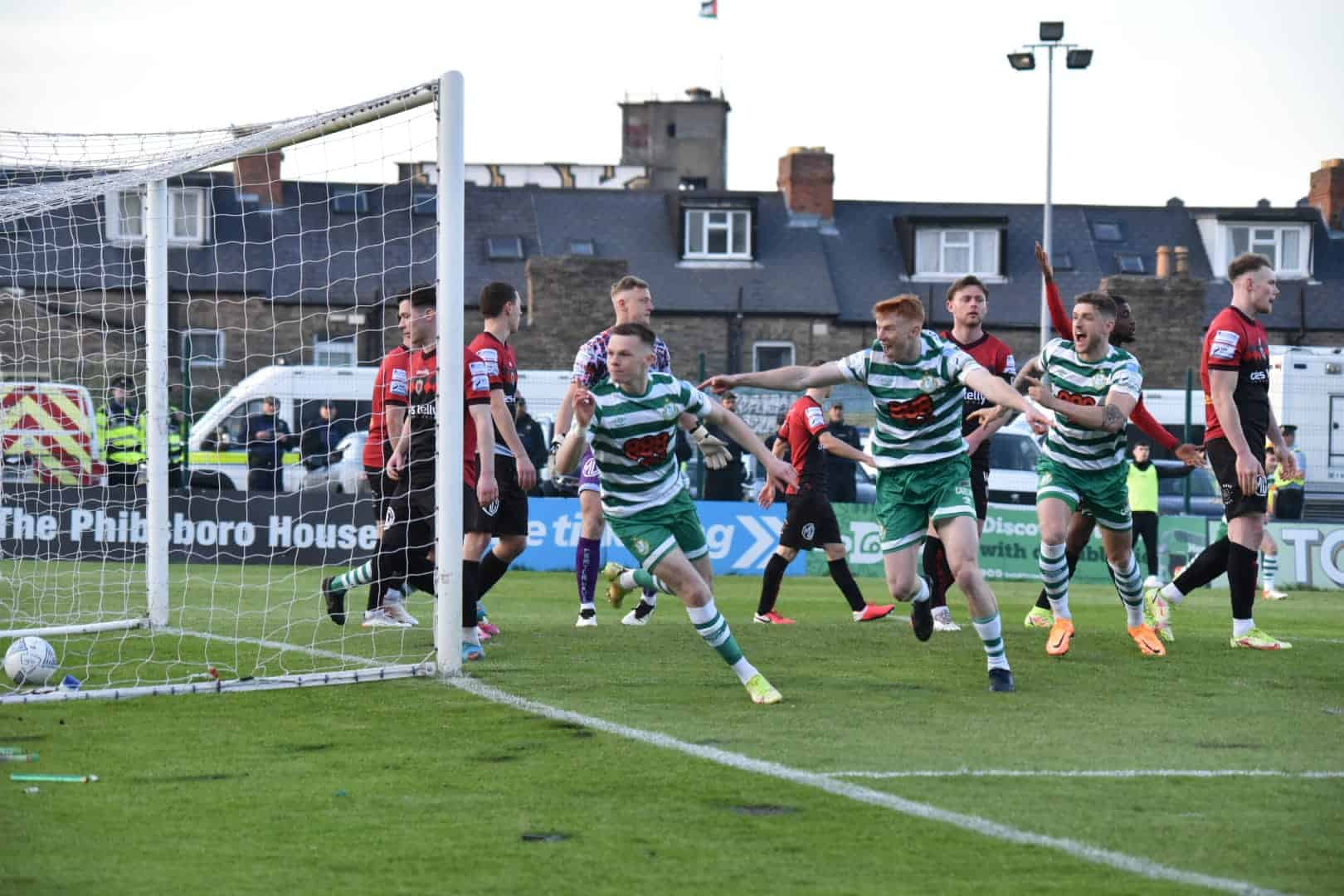 Shamrock Rovers continued their fine form in the League of Ireland tonight as they beat Bohemians 3-1 at Dalymount Park thanks to goals from Andy Lyons, Danny Mandroiu and a Max Murphy own goal.

It was a dream start for the Hoops who took the lead just five minutes in. Jack Byrne whipped in a dangerous corner kick which ended up falling to Lyon’s who put the ball in the net from close range against his former club. The 21-year-old now has four goals this season as he continues to shine this season for Rovers.

Stephen Bradley’s side didn’t intend on stopping their attacks as Bohs keeper James Talbot was forced to make multiple saves in the first half to try and keep the scoreline at 1-0.

Eventually Rovers hard work paid off and they doubled their lead 10 minutes before the break. Byrne was again involved as his threatening ball into the box was steered into the Bohs goal by their own defender Max Murphy to make it 2-0 to Rovers after the first 45 minutes.

The Hoops had to be alert early in the second half as the home side came out strong. Alan Mannus was forced into making a couple of saves to keep Bohs forward Liam Burt at bay. Despite the pressure, Rovers remained compact and strong in defence.

Keith Long’s side would eventually get a goal thanks to Junior Ogedi-Uzokwe who scored from close range.

Thankfully for Rovers they got their two-goal advantage back instantly as Danny Mandroiu scored right after kick-off with a lovely strike from the edge of the box.

Friday night’s win means the Hoops are unbeaten in eight games as they continue to put pressure on first place Derry City.

Up next for Rovers is an away trip to Showgrounds on Friday April 29th to face Sligo Rovers.