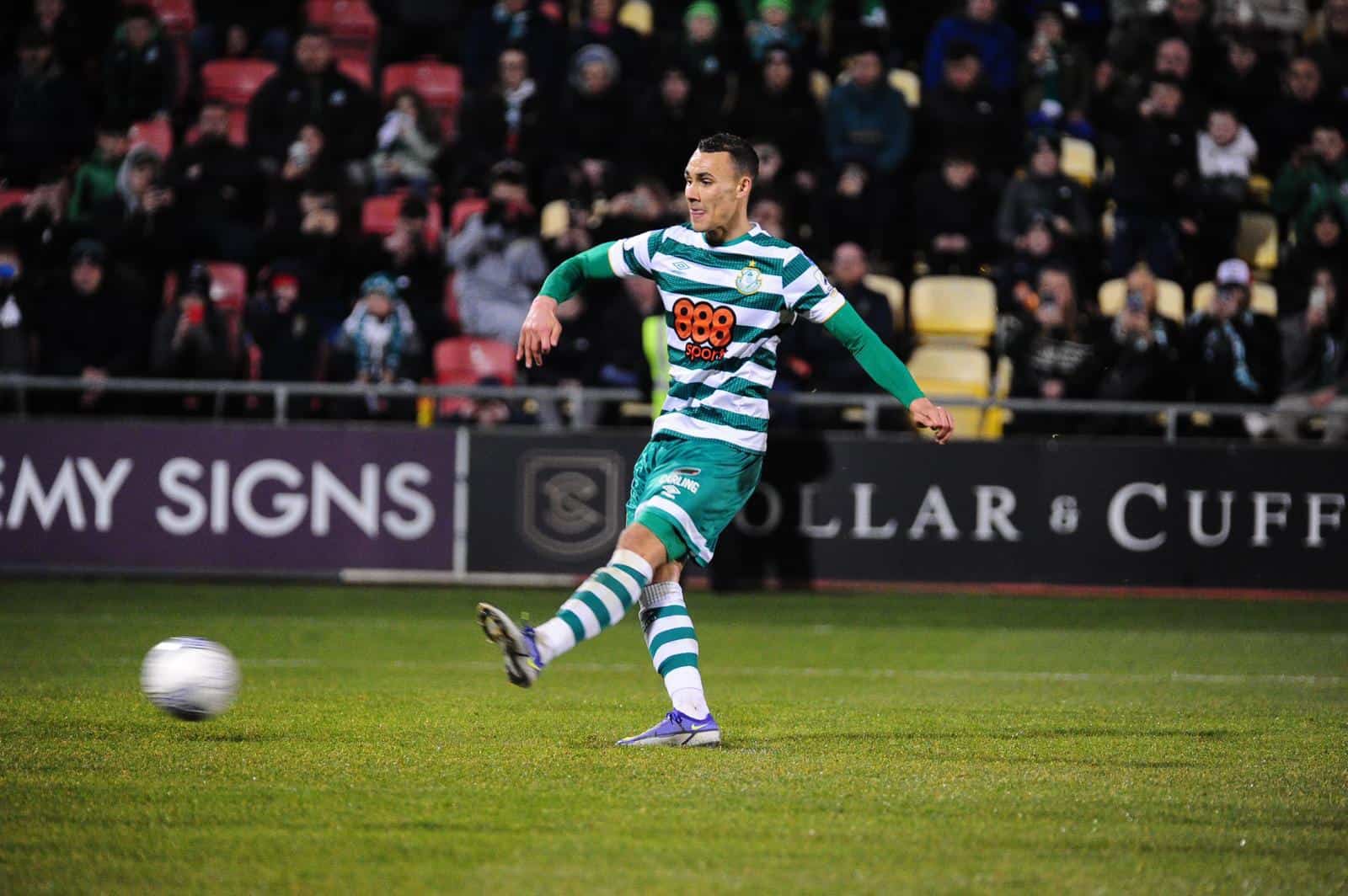 Shamrock Rovers fought back from 2-0 down to draw 2-2 against Sligo Rovers on Friday night at Tallaght Stadium thanks to an own goal and a Graham Burke penalty.

It was a bright start for the Hoops as they searched for an early goal. Roberto Lopes’ header led to a goalmouth scramble, but Sligo managed to clear their lines. Stephen Bradley’s side came close again in the 12th minute as Lopes put in a great cross to Rory Gaffney but his header went just wide of the post.

As the game entered the 20th minute it was Sligo who took the lead against the run of play. Will Fitzgerald’s inch-perfect header into the bottom left corner left Alan Mannus helpless as Liam Buckley’s men went 1-0 up. Things went from bad to worse for the Hoops as just 10 minutes later Sligo doubled their lead after an impressive finish from forward Aidan Keena.

Going in at halftime 2-0 down, Rovers knew they had lots of work to do in the second half. Bradley made some positive changes as Jack Byrne and Neil Farrugia came on for Gary O’Neil and Barry Cotter. The Hoops pushed hard early in the second half and eventually, it paid off.

Andy Lyons was fouled in the box after a great run and a penalty was awarded to Rovers which Graham Burke calmly slotted past Ed McGinty. As the game entered the final 10 minutes, Rovers found the equaliser. Sean Hoare put pressure on Sligo’s Adam McDonnell who headed the ball into his own net to bring the game level once more.

Despite gathering momentum in the second half, the Hoops could not find the winning goal and the game ended 2-2. Rovers will be disappointed that they did not get all three points but an impressive second-half comeback will give the team confidence as they prepare to travel to Donegal to face Finn Harps in two weeks’ time.