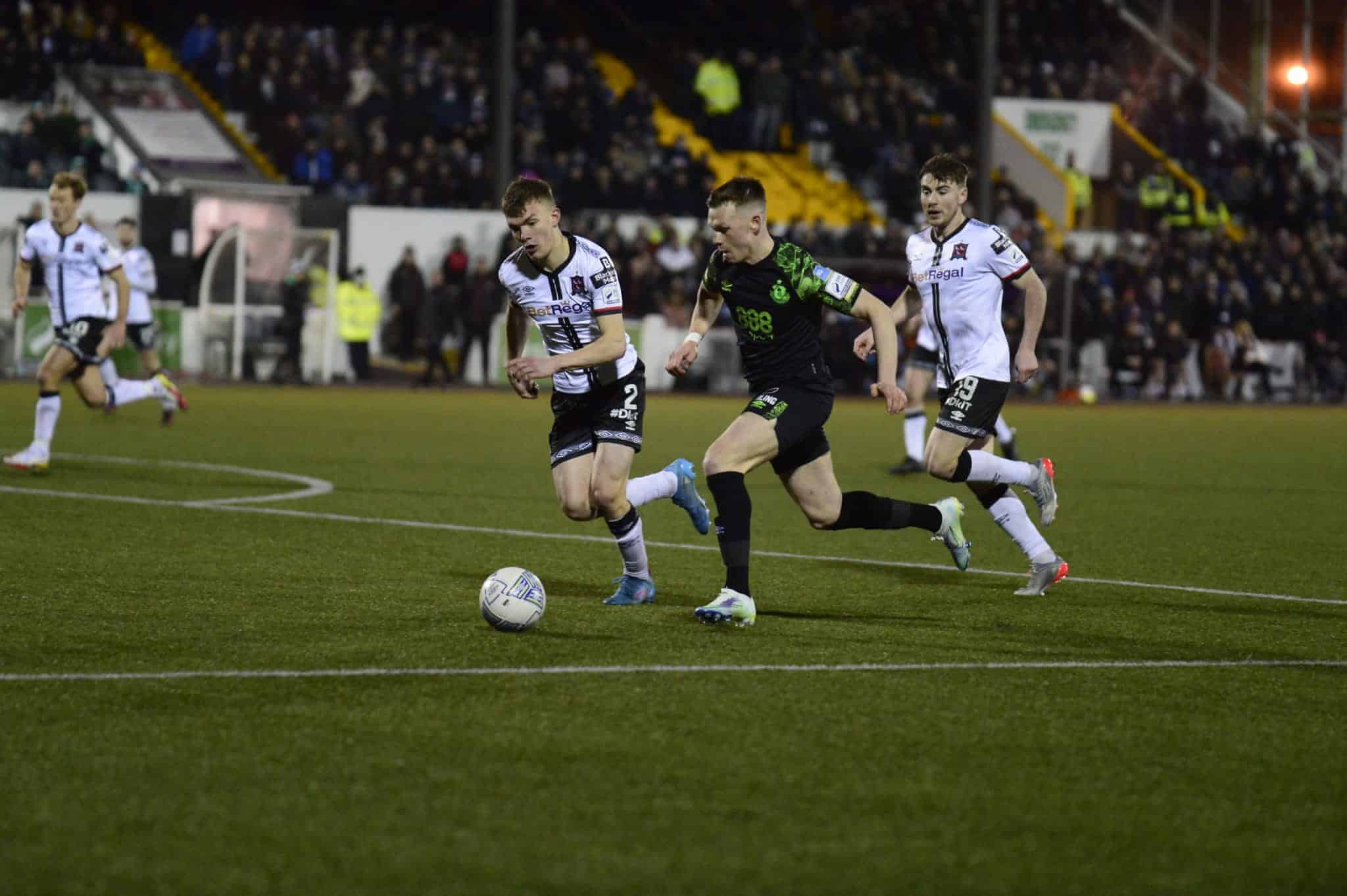 Shamrock Rovers shared the points with Dundalk after Monday night’s entertaining 0-0 draw between the two teams at Oriel Park.

The Hoops first away victory of the season will have to wait as they failed to find the back of the net against the lilywhites despite having some great chances. It was a promising start for Stephen Bradley’s side as Barry Cotter headed just wide of goal from a Jack Byrne corner kick. Leon Pohls was given his first start of the season, coming in for Alan Mannus. Pohls was called into action early into the game having to stop a Dan Williams strike.

With the opening third of the game being quite end-to-end, Rovers nearly got the breakthrough in the 25th minute. Sean Hoare played a great ball in behind to Richie Towell but Dundalk goalkeeper Nathan Shepperd tipped the effort over the crossbar. Lee Grace and Hoare also had half chances of their own but could not find the target which meant the teams went in at the break on level terms.

Rovers came flying out of the blocks in the second half and were very unlucky not to be ahead. Shepperd again had to make a big save, this time denying Danny Mandroiu from scoring. Only a matter of minutes after Shepperd’s stop, Richie Towell saw his shot hit the crossbar. The Hoops continued to push, looking very confident on the ball and substitute Aaron Greene nearly found the net from a header but Shepperd was to the rescue once again for Stephen O’Donnell’s side.

Despite Rovers being on top, a late Dundalk scare nearly won them the game. Pohls had to be on high alert to make a brilliant save denying Patrick Hoban. Hoban himself nearly won all three points for Dundalk late on but his shot flew over the bar. Bradley’s side will be disappointed not to have won the game but will be happy to get a clean sheet away from home. 500+ Hoops were in attendance at Oriel Park to support the side.

Up next for Rovers is a return to the Tallaght Stadium as they prepare to face an in-form Sligo Rovers team on Friday.