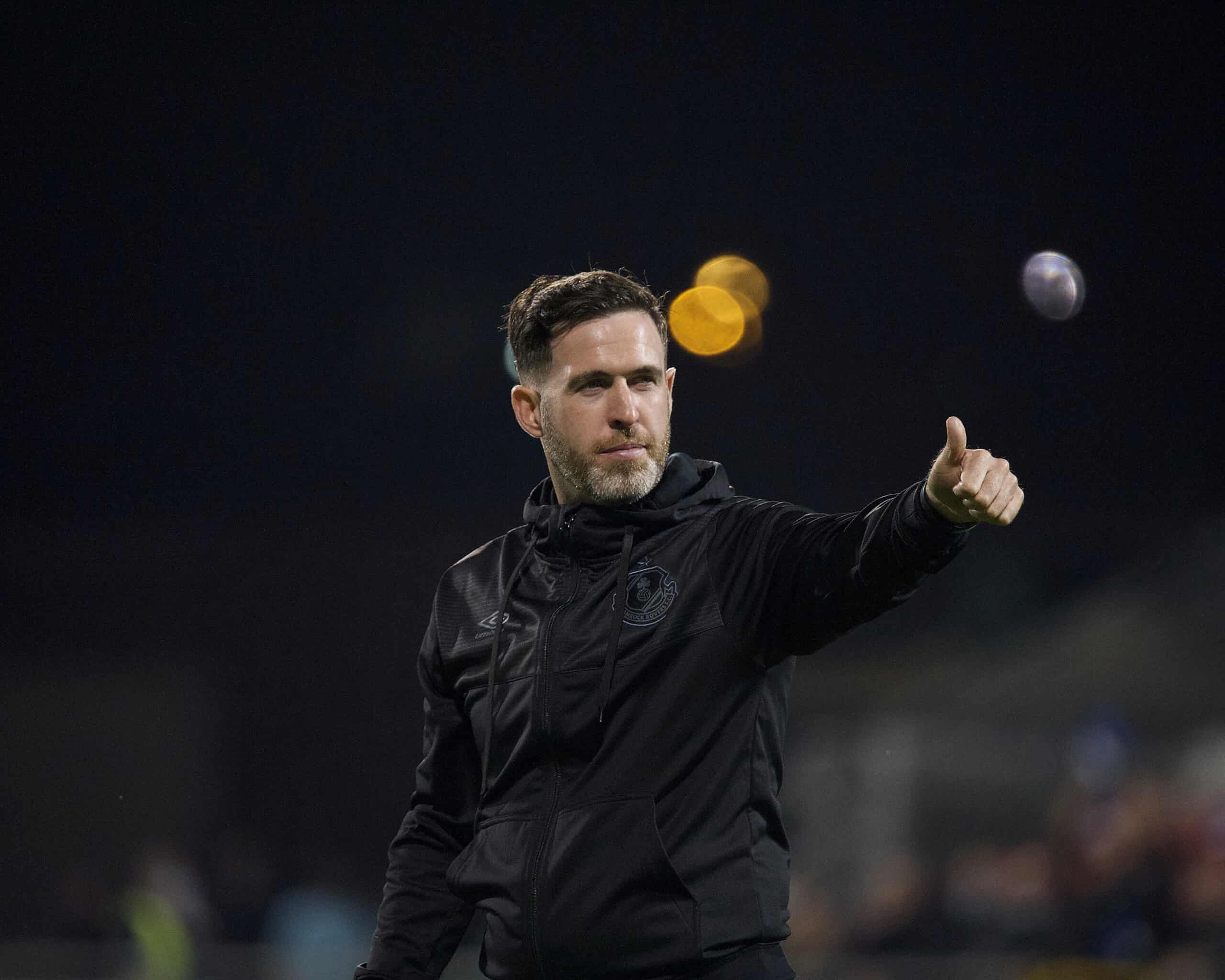 A Dublin derby win in front of a full house in Tallaght. Does it get much better than that?

“No, it doesn’t. To win any game in front of a crowd like that but then when you add in it’s a derby game, they’re obviously great nights. It was brilliant to get the win.”

There weren’t a lot of chances in the game. Rory Gaffney missed an early one but thankfully took his second opportunity after good build up play on the right…

“It was well worked from Alan and then when we get into the final third there were really good decisions and movement. Ronan’s run was really good, and it was a good cross into a dangerous area. They didn’t deal with it and thankfully Rory was there to finish it.”

Were you pleased with the first half display in general?

“Yes, I thought first half we were really good. When you watch it back, we played some good football and looked in control of the game. Then in the second half, I thought we managed the game very well and didn’t give up any chances at all, really.”

At 1-0 the game was never over so that what it is mostly about in the second half, managing it and not allowing Bohs get back into it?

“Yes, and on the counter, we could have scored one or two late on in the game. But it was about managing the game, which we did really well, and limited them to very little.”

Did you feel that discipline was going to be important, because we often see red cards in this fixture, and on a related note, did Bohs have any claim for a penalty in your opinion?

“I think the referee needs to take the credit for the discipline one because he didn’t get wrapped up in it and he reffed the game in a really good manner. He was calm, there were a couple of bookings but that’s all there were. There was nothing major in the game and he didn’t make it that way either. That was good because we’ve had games like that in previous years where we’ve seen soft decisions. And no, I didn’t think it was a penalty. When you look at it, Twardek grabs onto Lee’s arm and actually tries to hook Lee to make it look like he’s been fouled. So it’s not a penalty for me.”

There were plenty of good individual performances on the night. You handed Graham Burke his first start of the season and it was Andy Lyons’ first game against his old club. How did you think they did?

“I thought Graham was brilliant. We’ve had to be patient with Graham in terms of building his minutes up and getting him ready to go. It was great to start him the other night and we see the quality that he brings to the group. He worked extremely hard as well, so it was great to get those minutes under his belt and then get him off without any issues. Andy did really well. We know he’s on his weaker side, but he was very good. I knew the occasion and stuff like that wouldn’t get to him in any way and thankfully it didn’t.”

Stephen O’Donnell has gone in at Dundalk. What sort of opposition are they on Monday?

“They have some very good and dangerous players. They have some players that have been very successful in the league over a long period of time, so he has a strong core group and bits of quality around it. Hoban scores goals, Bradley on the right has been really good for them and Kelly on the left is a real threat with his pace. There’s obviously Benson as well so they’re a real goalscoring threat and one that we have to respect and be ready for.”

We lost on both visits to Oriel Park last season. Will that be any sort of added motivation to get a good result on this occasion?

“No, our motivation is just to get to our levels again. We’ve set our standards over the last few years and in the last couple of weeks we’ve been getting back to them. It’s about hitting that level again and like I’ve said several times, if we do that, everything else looks after itself. It’s about us reaching our levels and our standards again.”

And will the team be full of confidence on the back of a good Bohs win and eager to get our first points on the road this season?

“Yes, I think the confidence in the group is good coming on the back of the St Pat’s performance and then the win the other night. The confidence has been growing the last few weeks. We know we must work hard to continue that, but we’ll go up there full of confidence and ready to try and win the game.”