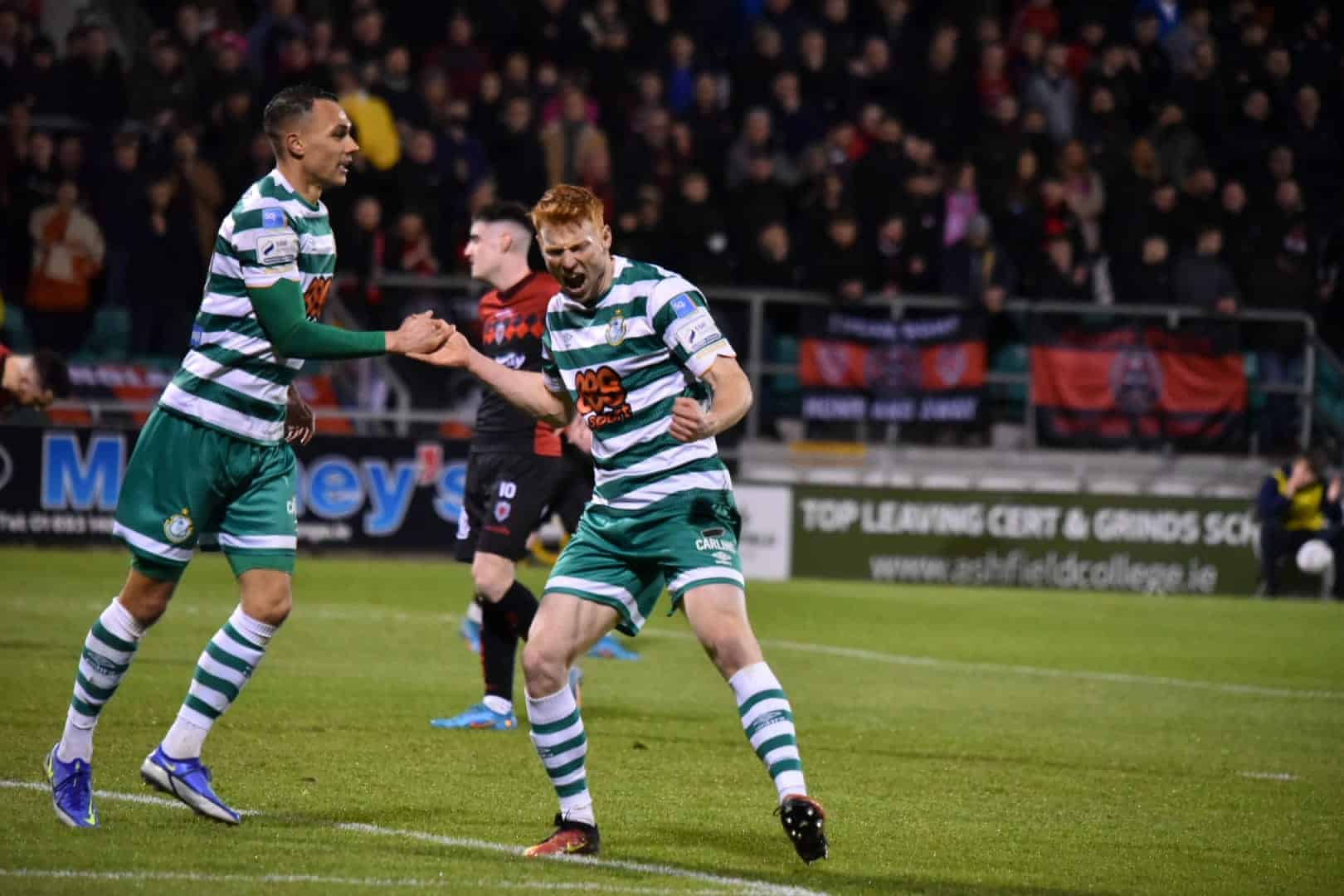 Shamrock Rovers return to the top of the SSE Airtricity League tonight after an emphatic victory against rivals Bohemians in the Dublin Derby.

Nearly 7500 fans were in attendance at the Tallaght Stadium to watch what was one of the biggest games of the season.

The Hoops began the game on top and had lots of possession as they aimed to control the middle of the park and dictate the tempo of the game.

Their early dominance nearly paid off 15 minutes in as Rory Gaffney found himself in a great position but failed to put the ball in the back of the net despite lifting it over Boh’s goalkeeper James Talbot.

It did not take long for the Rovers frontman to make up for his earlier chance though as just 10 minutes later he latched onto a great pass by Ronan Finn and found the back of the net from close range to give Rovers a 1-0 lead 25 minutes into the match.

Gaffney was again involved in the 35th minute and nearly scored his second of the game. The 32 year old’s header had to be pushed onto the post by Talbot to keep the scoreline 1-0 going in at the break.

Alan Mannus was called into action in the second half as he was forced to save a long range effort from Dawson Devoy.

Although Rovers did not have too many chances in the second period, they continued to stay compact and disciplined which stopped Bohemians from breaking through.

Gaffney’s first half goal was enough to seal the victory for Stephen Bradley’s side as they made it three wins out of three at home in the league this season.

Rovers sit top of the division after tonight’s win and up next for the team is a trip to Oriel Park on Monday night to face off against Stephen O’Donnell’s Dundalk.