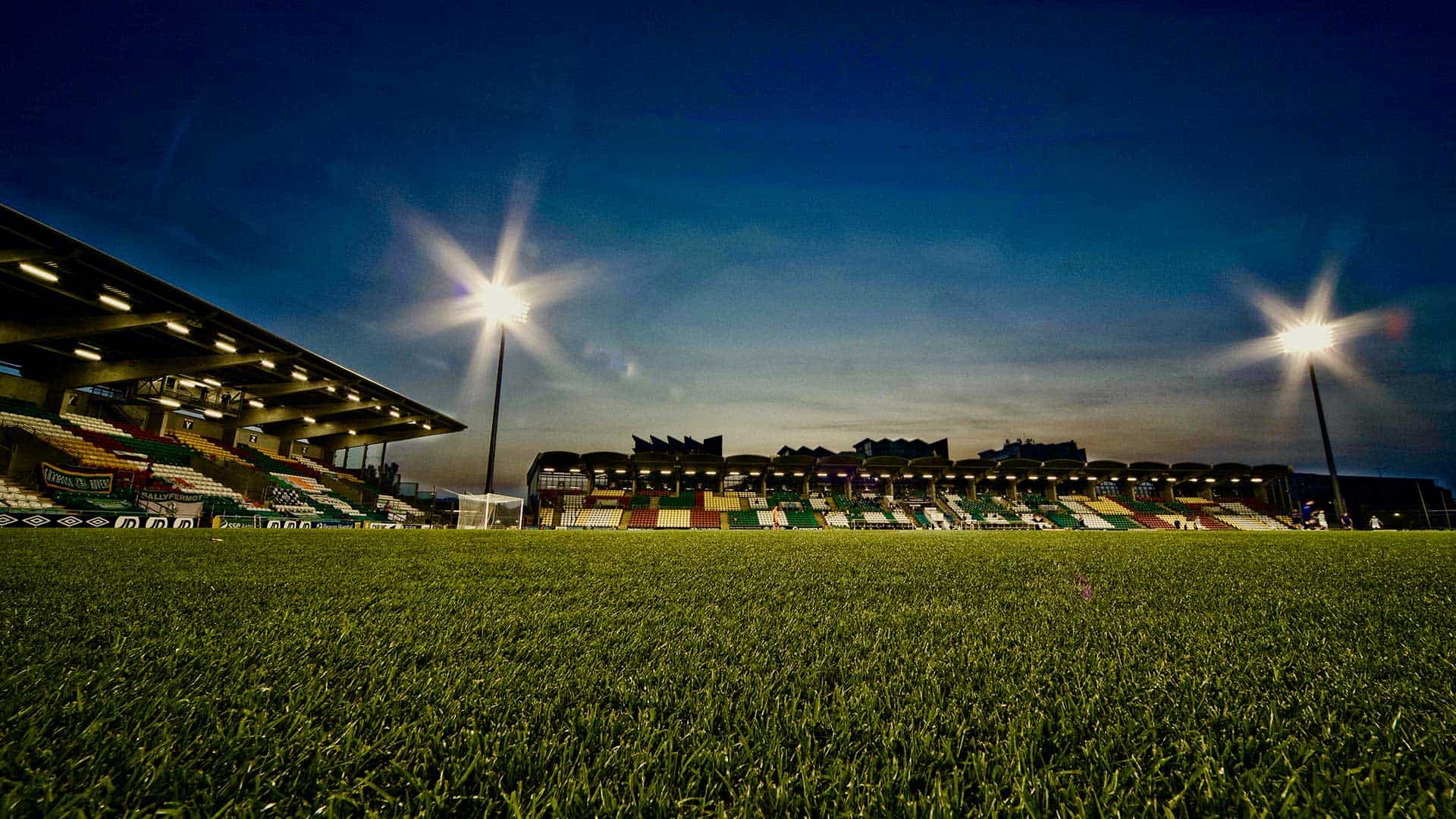 Shamrock Rovers F.C. repeats its’ positions that we have a zero-tolerance policy for anti-social behaviour at all of our games, home or away.

As a result of some incidents away v Derry City on 25th February, the club must repeat that anyone found in breach of stadium regulations will be dealt with severely.  Following the recent incidents of pitch incursions, the club has been fined by the FAI. Shamrock Rovers unreservedly condemn the behaviour of a certain section of some so-called ‘supporters’ at the game in the Ryan McBride Brandywell Stadium.

Shamrock Rovers are striving to make attendance at League of Ireland games attractive to all and have worked hard to ensure that a match night in Tallaght Stadium is a great occasion for all the family.

To prevent incidents like those in Derry from undermining that work, the club continues to investigate the matter and those identified will receive lengthy bans from Tallaght Stadium.

So far, we have received fines of approx. €6,000 from the FAI for misconduct of people deemed to be Shamrock Rovers ‘supporters’. We have also had the threat of games being played behind closed doors with no fans present. This has to stop and stop now!

The club has increased home matchday stewarding and security with new measures in place as well as additional staff which will amount to six-figure cost in 2022. We would much prefer to invest such funds in developing players, coaches and our work in the Community.

The club must make it abundantly clear that the use of pyrotechnics inside any football stadium (home or away) is outlawed and will be met with the strictest of punishments. To that end, any supporter who is found to have or who has thrown pyrotechnics/flares onto or towards the field of play will immediately receive a 12-month ban from Tallaght Stadium and their details will also be circulated by An Garda Siochána to the Gardaí associated with other clubs.

We acknowledge that the vast majority of our supporters behave impeccably when supporting the team and that these problems are caused by a small minority.

Match nights at Tallaght Stadium are special, and attendances are growing to unprecedented levels making these nights even bigger and better. The club wants to build on this and have the best atmosphere, with the best football in the best stadium in the country.

Together, we will make this happen!