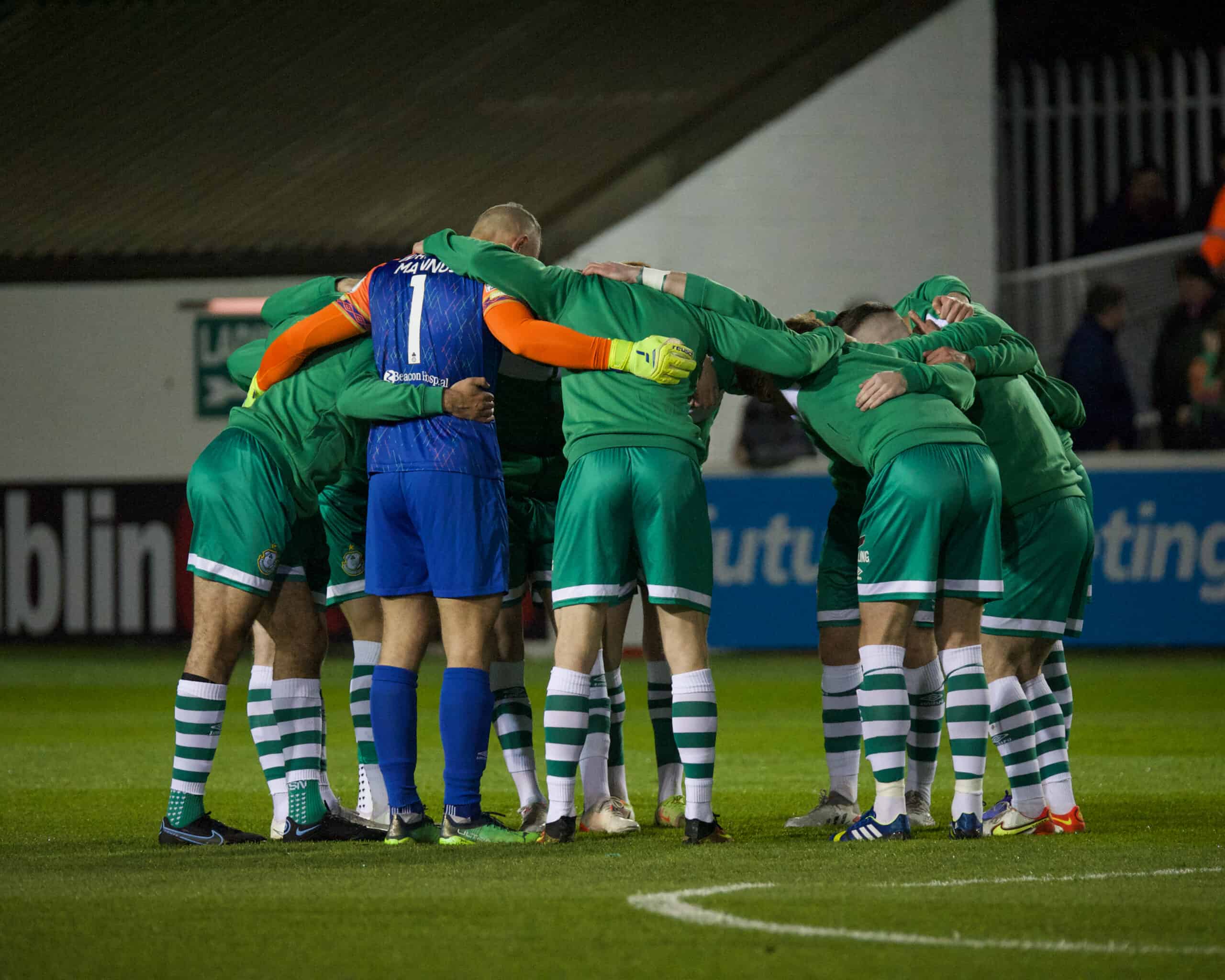 In a game that they created far the most chances, the Hoops came away with a 1-0 defeat against St Patrick’s Athletic at Richmond Park in the Luas Derby.

It was an even opening 20 minutes to the game with both sides having chances to take the lead. Rory Gaffney forced St Pat’s goalkeeper Joseph Anang into making a fine stop. Forward Mark Doyle came close for St Pat’s but headed over the bar.

The last time these two faced in the President’s Cup was in February which was a close affair and ended in a draw after 90 minutes. This match followed a familiar script as chances were hard to come by in the first half with both sides battling it out in the midfield.

Danny Mandroiu’s flying strike that went just wide and Ronan Finn’s attempt before halftime were the closest that Rovers got to breaking the deadlock as the sides went in level at the break.

Despite the goalless first half, it took less than 10 minutes for the scoring to finally be opened in the second half.

Darragh Burns whipped in a threatening corner which landed to St Pat’s captain Chris Forrester who leaped highest to nod into the back of the net to give Tim Clancy’s team a 1-0 lead in Inchicore.

Stephen Bradley brought on fresh legs in an attempt to get back into the game and put Pat’s under pressure. Finn and Andy Lyons came close for the Hoops but Anang was on top form to keep them at bay.

Rovers continued to push for an equaliser, but it was simply not meant to be as the game ended 1-0 to St Pat’s.

Bradley’s side will have the perfect opportunity to bounce back to winning ways next Friday as they host Bohemians at Tallaght Stadium.