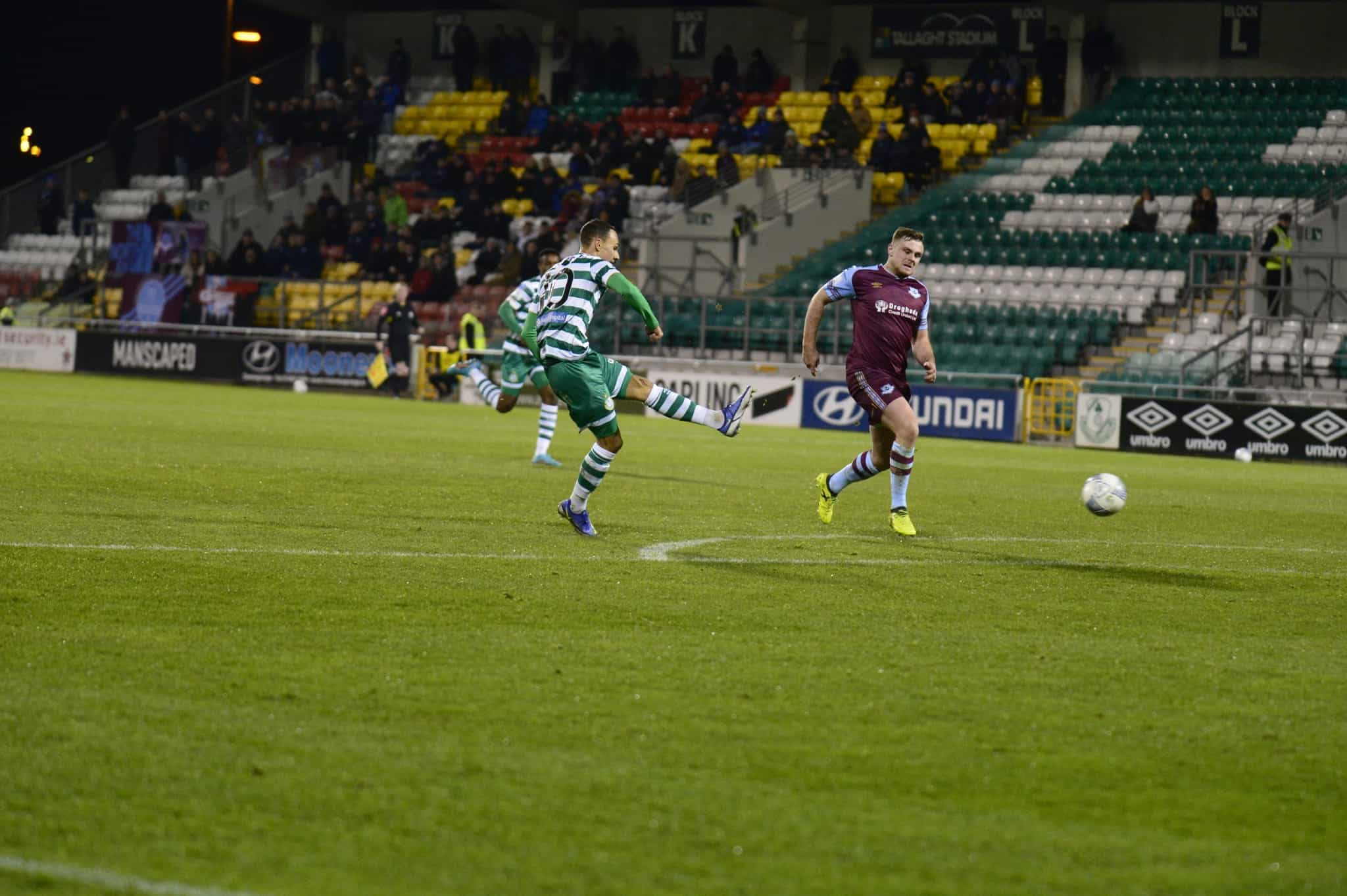 Shamrock Rovers got back to winning ways in style on Monday night at Tallaght Stadium against Drogheda United with a 3-1 victory thanks to goals from Sean Gannon, Jack Byrne and Graham Burke.

Rovers wanted to make amends after Fridays’ defeat to Derry City and they showed their intent in the opening 15 minutes. Sean Hoare and Lee Grace both had chances early on but could not convert.

Drogheda midfielder Darragh Markey also forced Alan Mannus into making a save at his near post in the opening exchanges.

Stephen Bradley’s side’s early pressure paid off after 20 minutes though. Jack Byrne picked the ball up deep in the Drogheda half and played an outrageous pass through the defence which Sean Gannon latched onto and calmly finished past United’s goalkeeper Colin McCabe to give Rovers the lead.

Byrne wasn’t finished there, as five minutes before half-time he got a goal of his own. After receiving the ball from the left, Byrne only needed a few touches before unleashing a rocket that flew into the Drogheda net from 25 yards out. It’s Byrne’s first goal for Rovers since returning to the club.

Despite the Hoops first-half dominance, it was Drogheda who struck first after the break. Evan Weir slotted past Mannus from close range with 25 minutes to go after some brilliant play from Sean Roughan.

Rovers kept strong defensively and restored their two-goal lead with 10 minutes to go after a quick counter-attack ended with substitute Graham Burke finishing past McCabe to grab his second goal of the campaign.

Another strong performance from the Hoops sees them top of the table after the opening three games of the season.

There is little time to rest though as Rovers return to action this Friday with a trip to face Tim Clancy’s St Patrick’s Athletic.