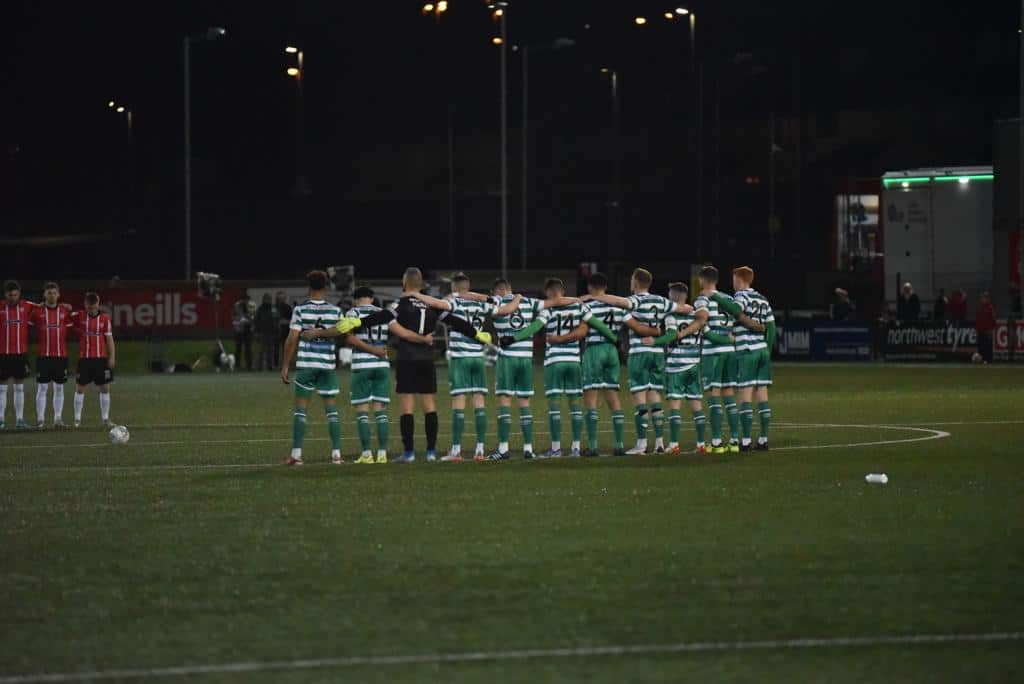 Shamrock Rovers suffered their first defeat of the season on Friday night after conceding a heart-breaking 95th-minute goal against Derry City at the Ryan McBride Brandywell Stadium.

It was an even opening 15 minutes to the game with both sides having opportunities at goal. A strong strike from Danny Mandroiu went over the bar for Rovers and Derry defender Eoin Toal missed the target with a header from a corner.

Just before halftime Mandroiu forced Maher into another stop with an acrobatic effort.  Although both teams had chances, the sides went in at the break level.

Despite the positive first half for Rovers, it was a nightmare beginning to the second. In the 55th minute, a smart set-piece routine from Derry led to Jack Byrne committing a foul and referee Rob Hennessy pointed to the spot.

Midfielder Will Patching calmly slotted the ball past Alan Mannus to give Derry the lead.

Rovers boss Stephen Bradley brought on fresh legs and, just like last week, they made a difference.

With a free kick on the edge of the box for Rovers, up stepped Dylan Watts who brilliantly found the bottom right of the goal to bring the Hoops level.

After the equaliser, both teams struggled to create many chances with the ball mainly being fought for in the midfield.

Rovers tried putting pressure on Derry by pushing up the field and squeezing them into their own half.

As the game went into the final few minutes of injury time, Roberto Lopes’ attempted back pass to Mannus fell short and Derry striker Jamie McGonigle capitalised, finding the top corner of the goal to win the game for City.

It was a tough result for the Hoops, speaking to RTÉ after the game, captain Ronan Finn said: “It wasn’t a vintage performance from us, the weather conditions were tough but we still need to improve.

“We need to be ready for Monday.”

Stephen Bradley and his side will have the perfect opportunity to bounce back in three days’ time when they face Drogheda United at Tallaght Stadium on Monday night.