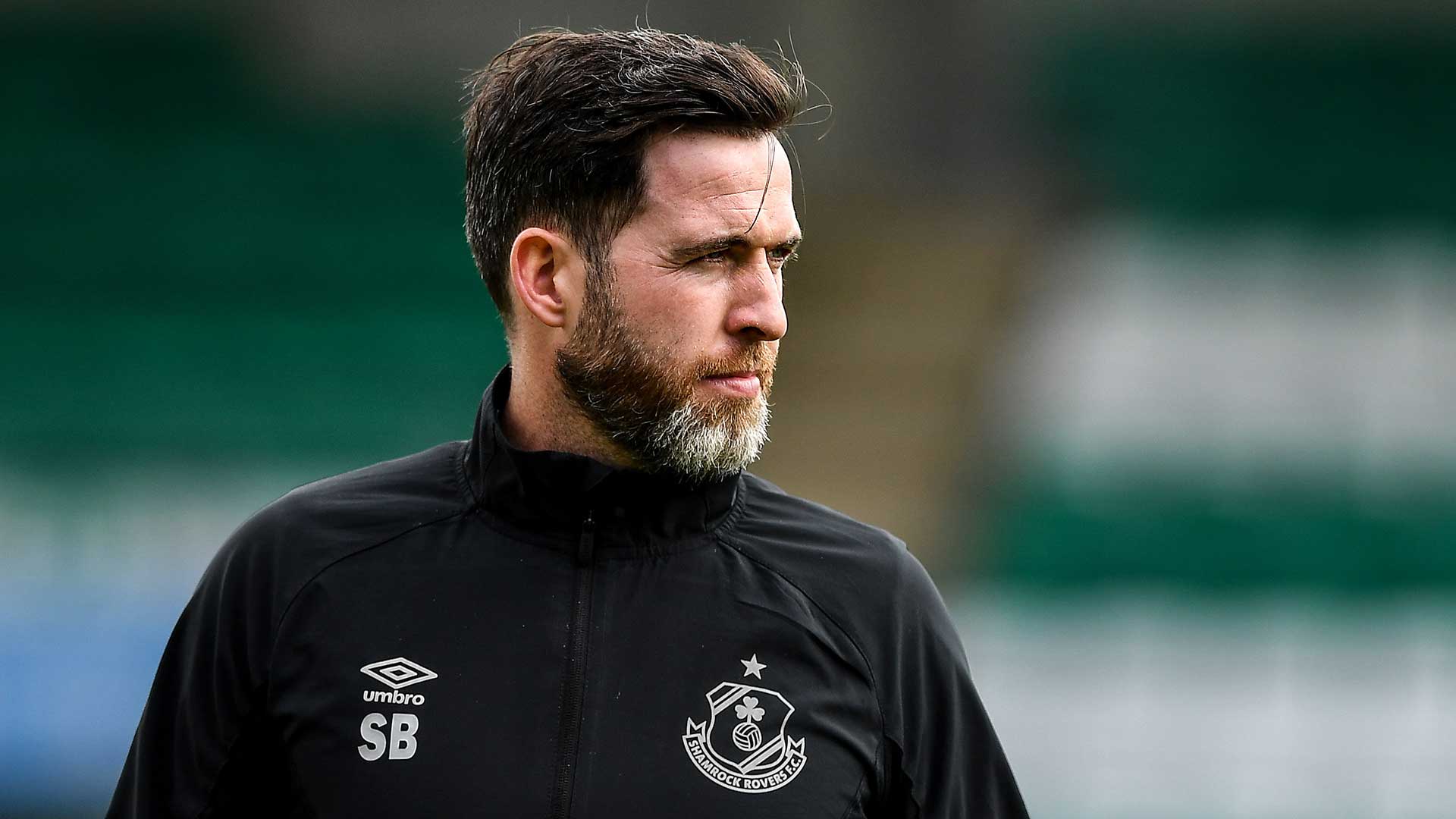 Tickets are still available to watch the Champions open their defence of the League title. Buy here

Were you unhappy with the performance in the President’s Cup on Friday?

“I just felt it was below our standards of what we set the last few years. To be fair to the players, 9 times out of 10 we hit those standards, but we didn’t on Friday night.”

Still, it was nice to win the penalty shootout and our first trophy of the season?

“Yes, it’s always nice to win when you’re not at your best. It was good to get a trophy and a medal and get the win.”

How much did the weather conditions affect the game?

“The weather obviously played a part in terms of the quality of the game, but it still didn’t excuse some of the things that we did. The weather didn’t affect that. It affected the game as a whole but we can still control a lot of what we did and more importantly, what we didn’t do on the night.”

St Pat’s could have had a couple of goals in the first half and then they did take the lead early in the second half. You felt we should have defended those situations a lot better?

“Everything about us on the night was off and the fact that they had a few chances in the first half probably sums it up. I just felt we were off in every aspect of our game on Friday and that was the disappointing thing, but it happens. That’s football. It doesn’t happen too often to us but it’s frustrating that it happened.”

Ronan Finn got us back into the game and we pushed for a winner. Did the impact of our substitutes please you?

“I think the last 15 minutes we started to play more to our level and Ronan came up with the goal. The subs were important, but we’ve known now for the last couple of years that that’ll be the case going forward, like it has been the last few years. I don’t see that changing. The group is important. The players that don’t start are just as important as those that do. We’ve seen that on a number of occasions, and we saw it again on Friday night.”

Was UCD always the important game to prepare for?

They’ve just been promoted under Andy Myler. What sort of threat do they pose?

“They have some really good players. I think every few years UCD get a crop of players that go on to have good careers, whether it’s in this country or further afield and I think right now they have a really good group of players. They’ll come with no fear, they’ll come and have a right go at us I’m sure. That’s something that we’ve got to respect and be ready for.”

It was a really good crowd for the President’s Cup and thankfully the stadium ban for this Friday was reversed. Was that very welcome news?

“The crowd for the President’s Cup was fantastic, considering the conditions so a massive thank you to everyone who came out on the night. It must have been one of the coldest nights in Tallaght that we’ve had so a massive thank you for that. And we all welcome the decision to allow fans back in on Friday night. Hopefully, we can have another big crowd because it’s the important game.”

There’s always a buzz around the first league game of the season. 3,200 season tickets have been sold. Are the players and management feeling that buzz around the place on top of your own excitement to get back to league action?

“Of course, we’re just like the fans. We want to get going and we want the season to start. You get to a stage in pre-season where you just want the competitive games to come. Thankfully now it’s just around the corner and again a massive thank you to all the fans that have purchased season tickets. We’re grateful and we really feel that support. Hopefully, we can repay those fans on the pitch.”

Do we have any injuries?