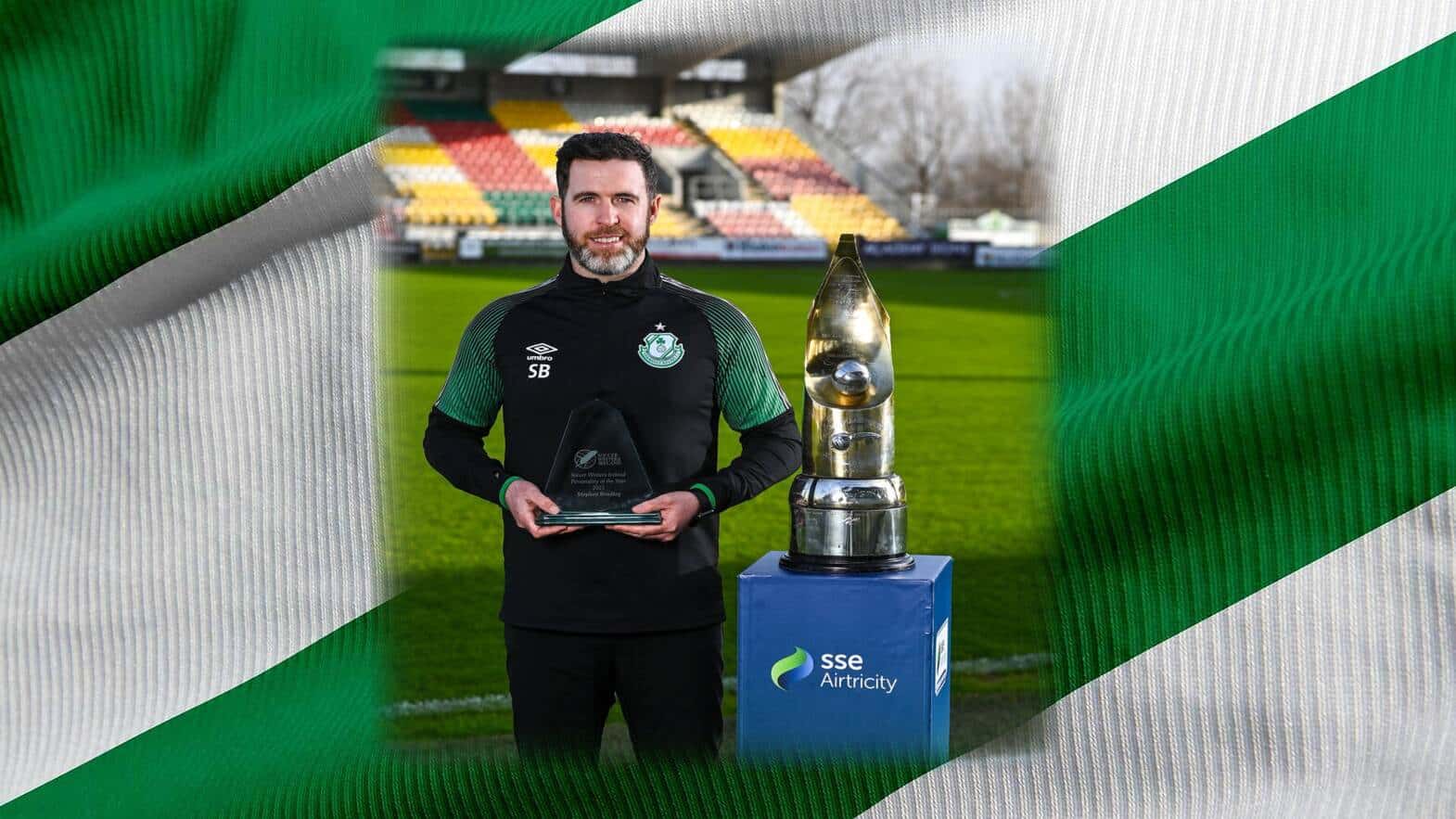 Having led Shamrock Rovers to their second consecutive Premier Division title, Hoops manager Bradley earned the most votes among SWI members to be named Men’s Personality of the Year.

“I think it’s just a reflection of what the team has done to be honest,” said Bradley. “The staff, the players have performed and won the league and I think that’s what got me recognised.

“For me, it’s brilliant when you look at the names on the trophy. It is an honour to win it. It’s more a reflection of what the team has achieved and, thankfully, I get named for the award as a personal accolade but I think it’s more down to the team.”