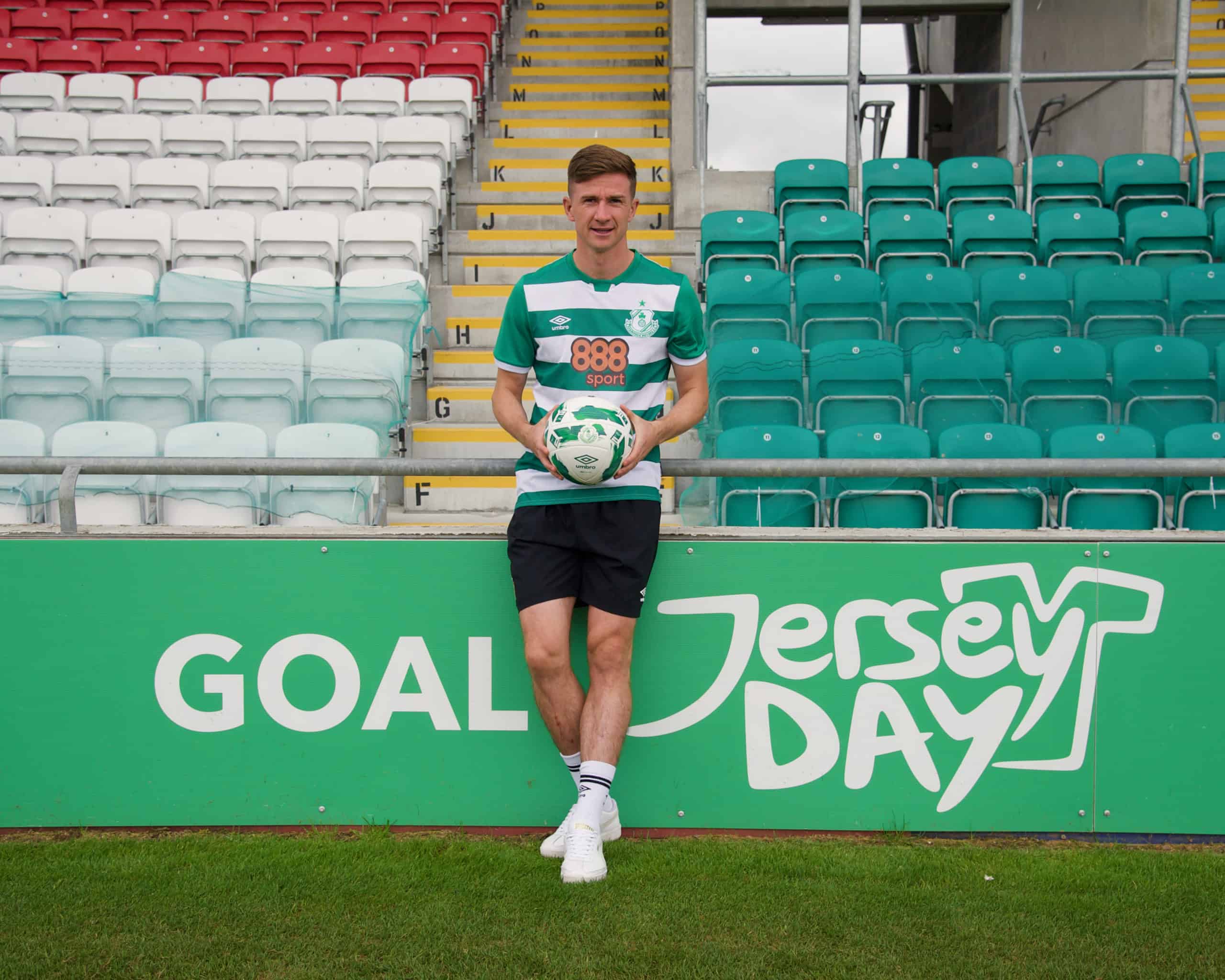 Shamrock Rovers and GOAL have teamed up to offer primary and secondary schools the chance to win a coaching session with Shamrock Rovers to celebrate GOAL Jersey Day and their new partnership.

The competition will give schools across Ireland the opportunity to win a one-hour football coaching session and hero talk with selected players from Ireland’s most successful football club, Shamrock Rovers.

Celebrating a shared passion for Irish sport, humanitarian agency GOAL announced its new partnership with Shamrock Rovers Football Club earlier this month. The partnership will see Rovers getting behind GOAL’s Jersey Day on the 8th October as well as a number of promotional and fundraising initiatives throughout the season.

Founded by sports journalist John O’Shea, GOAL has a long history of collaborating with the best of sporting stars and organisations. This proud tradition lives on today as GOAL teams up with Ireland’s most successful football club. As well as donning their hoops for Jersey Day, Rovers look forward to joining their friends and neighbours at the long-established, much loved Tallaght GOAL Mile this December.

“I’m appealing to all the children and adults from schools and the workplace to get involved in GOAL Jersey Day coming up on 8th of October. It’s a great way to have fun together and raise much needed funds for GOAL”

Finn continued: “I’m also proud to call myself a real GOALie today by becoming an official ambassador for GOAL. I look forward to joining the team and doing all I can to raise awareness about the critical need for humanitarian aid across the world”.

On behalf of Shamrock Rovers F.C., Club Director Mark Lynch said: “Upon meeting Eamon and talking about how Shamrock Rovers could help GOAL, we knew that this partnership would be an excellent opportunity for Rovers to broaden our community programme through the various support events that we and GOAL could deliver together. Community is at the heart of Shamrock Rovers and the club is continuously engaged in supporting and building relationships with our local community. We are also mindful of the need to support vulnerable communities on a more global level and this partnership is the ideal way to achieve this.

GOAL’s Director of Fundraising, Eamon Sharkey, is particularly thrilled about the partnership saying: “I’ve been a Rovers fan for decades and know just how much heart and determination this club has. They understand the importance of courage and community, which are deeply rooted in everything GOAL does. This partnership will bring together two long-established, much-loved and truly passionate organisations to help vulnerable communities devastated by poverty, hunger and conflict across the world”.

Club partner Umbro has generously committed to donate €5 to GOAL for every Shamrock Rovers jersey sold between the 1st – 8th of October, which Shamrock Rovers will match. We look forward to doing our bit for those in need by working in partnership with GOAL.”

The club has also provided complimentary pitchside signage to GOAL at the South Stand end of Tallaght Stadium.