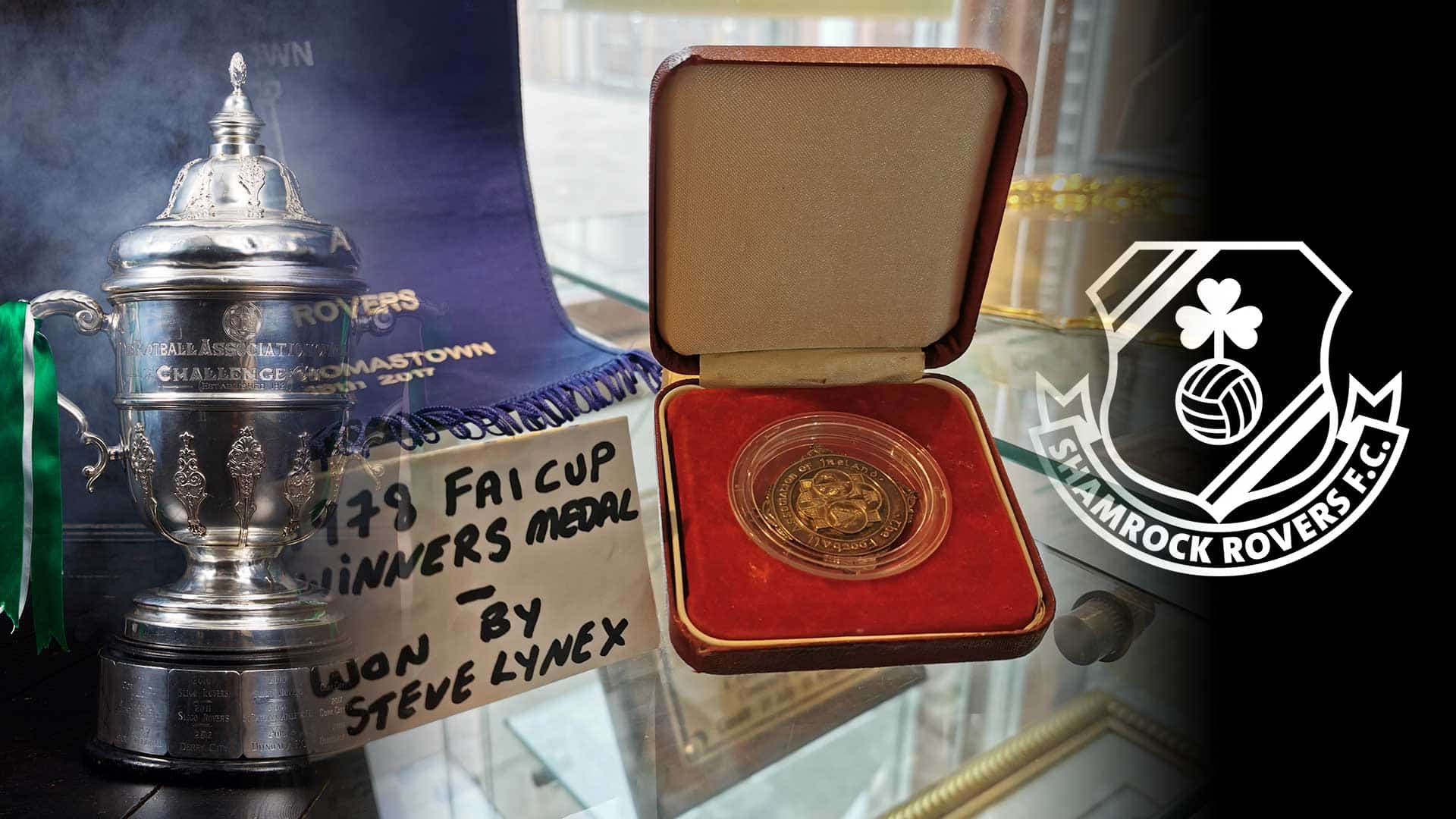 A little piece of history in the shape of an FAI Cup winners’ medal came into the possession of Shamrock Rovers last week. The medal was won by Steve Lynex in the 1978 final when the Hoops defeated Sligo Rovers 1-0. The late Ray Treacy scored from the penalty spot in time added on at the end of the first half – minutes that Sligo hotly disputed contending referee John Carpenter had got it wrong.

Shamrock Rovers had not won the FAI Cup in nine years – the longest run without success in the premier cup competition the club had experienced. Recently the medal won by Steve Lynex in 1978 came up for auction. The Shamrock Rovers Heritage Trust, with the assistance of supporters of the club, raised a sum through a specially set up Go Fund Me page. The amount raised was in excess of €1,100 and with the medal eventually costing €500 the excess of the fund will be used to support another initiative, for example perhaps the purchase of additional glass cabinets that are needed to display some items currently not on display.

So, who is Steve Lynex? Born in West Bromwich in 1958, Lynex was brought to Milltown in 1977 by Johnny Giles who had joined Rovers himself having previously been player/manager at West Brom. Lynex, a winger, enjoyed a period of approximately one and a half years at Milltown before heading back to the English midlands to join Birmingham City. It was later on though at Leicester City that he was to spend most of his career.

This was the second time the medal came to auction. The successful buyer on the previous occasion decided to part with it which is how it became available again. Why Steve Lynex put his medal up for sale in the first instance is not known to us and while it is regrettable he did not hold onto this valuable item (valuable even on a personal level) we were glad to be in a position to make the bid and to avail of the opportunity to add it to the collection that is in the care of the Heritage Trust. The medal is now on display in one of the cabinets located inside the club shop.