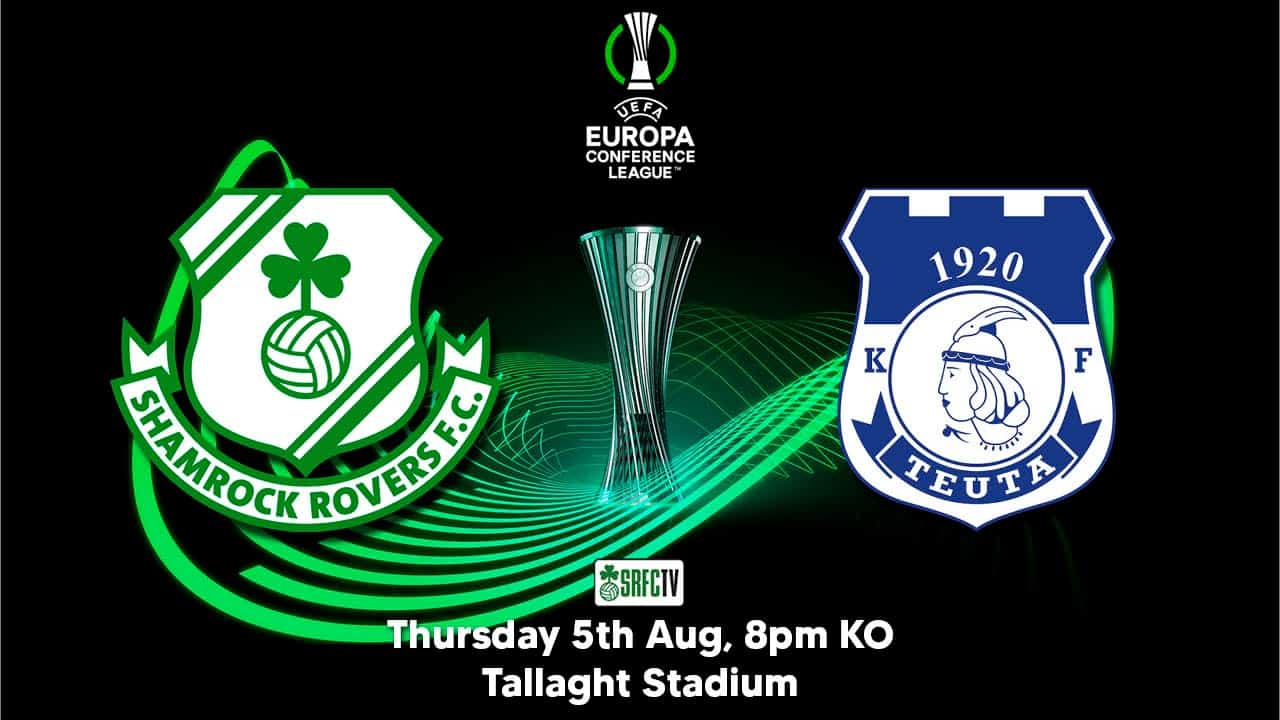 All tickets for this match have been sold. A live stream is available here

The players and staff must have been thrilled with a fantastic win over our nearest rivals St Pat’s last week?

“We’re delighted obviously. It’s an important three points, it takes us into Europe, and I thought the players were excellent on the night. I thought we were quite comfortable throughout the game, and we played really well.”

Aside from maybe the first 20-25 minutes where it looked more even, did you feel the team looked really dangerous every time they went forward and could have won by more goals on the night?

“I felt the first 20 minutes was a typical derby game in terms of both teams feeling each other out, looking at how we could hurt them, and they were trying to do the same. Once the game settled and we opened them up and went and scored we looked very, very dangerous every time we attacked. We were delighted to score the three goals and like you said, on the night it possibly could have been two or three more because we created some really good chances.”

Was Pat’s equaliser a kick in the teeth to come when it did?

“Yes, it was because it was right before half-time. In terms of the deflection, there’s not much Alan could do about it. It was a soft free kick in the first place but the timing of it from our point of view – it allowed them to go into half-time with a different game plan and a different mentality. But it didn’t alter what we felt at half-time and how we approached the game second half “

It was two good finishes by Danny and was there a lot to admire in the movement and passing in the building up as well?

“I think if you watch the goals, we had to be really patient because you could see with their shape that they tried to frustrate us, so we had to be patient and make the right decisions at the right times. The players did that, we moved them until the opening came and when it did, we obviously penetrated them and got our rewards. There was a lot of timing, movement and patience so they were some really good goals.”

Pico Lopes scored a great header, and it was actually Rovers’ first goal from a corner this season. You’ll obviously want more of those because it’s helped win games in seasons gone by?

“That’s something we know as a team, we should be scoring more from set plays. We’ve got a really good delivery and some good headers of the ball in the box. We’ve been unlucky on a couple of occasions this year but thankfully Pico scored the other night and hopefully it’s the start of a run of goals from set plays because we know the delivery is always there.”

Rory Gaffney won the club’s Player of the Month award for July. How outstanding have his performances been?

“I’m delighted for Rory because he’s been very good all season. I’m delighted he’s won that award because it just shows how good he’s been for the team. Not just his goals but his work rate and his all-round game has been brilliant.”

What have you learned about KF Teuta from watching them?

“We’ve learned that they’re a very dangerous team going forward. We’ve watched a lot of their games; the players have seen a lot of them now and we know that they’re dangerous. They have some really good technical players in the attacking part of the pitch. A lot of movement, a lot of rotations and some high-quality players. So, we know a lot about them, we know it’s going to be a difficult tie but it’s one we’re really looking forward to and we’re ready for. “

Do you think their style and best attributes could be a bit different from some of the European teams who have come to Tallaght in the last few years?

With the form the team is in and the way we’ve been playing it must be a very confident dressing room at the moment, and one that’s really relishing another big European tie?

“The players are playing with a lot of confidence, and we’ll obviously look to take that into Thursday night. Again, we understand at this level of Europe it’s a very difficult game, that’s what we expect but we couldn’t be facing into it at a better time. We’re in really good form and it’s a game that we’re really looking forward to. It excites us, and we’ve got to try and make Thursday another special European night in Tallaght.”

“Graham looks like he’s OK. He’s recovered. He’s worked really hard so hopefully he gets through today and he should be available for tomorrow.”