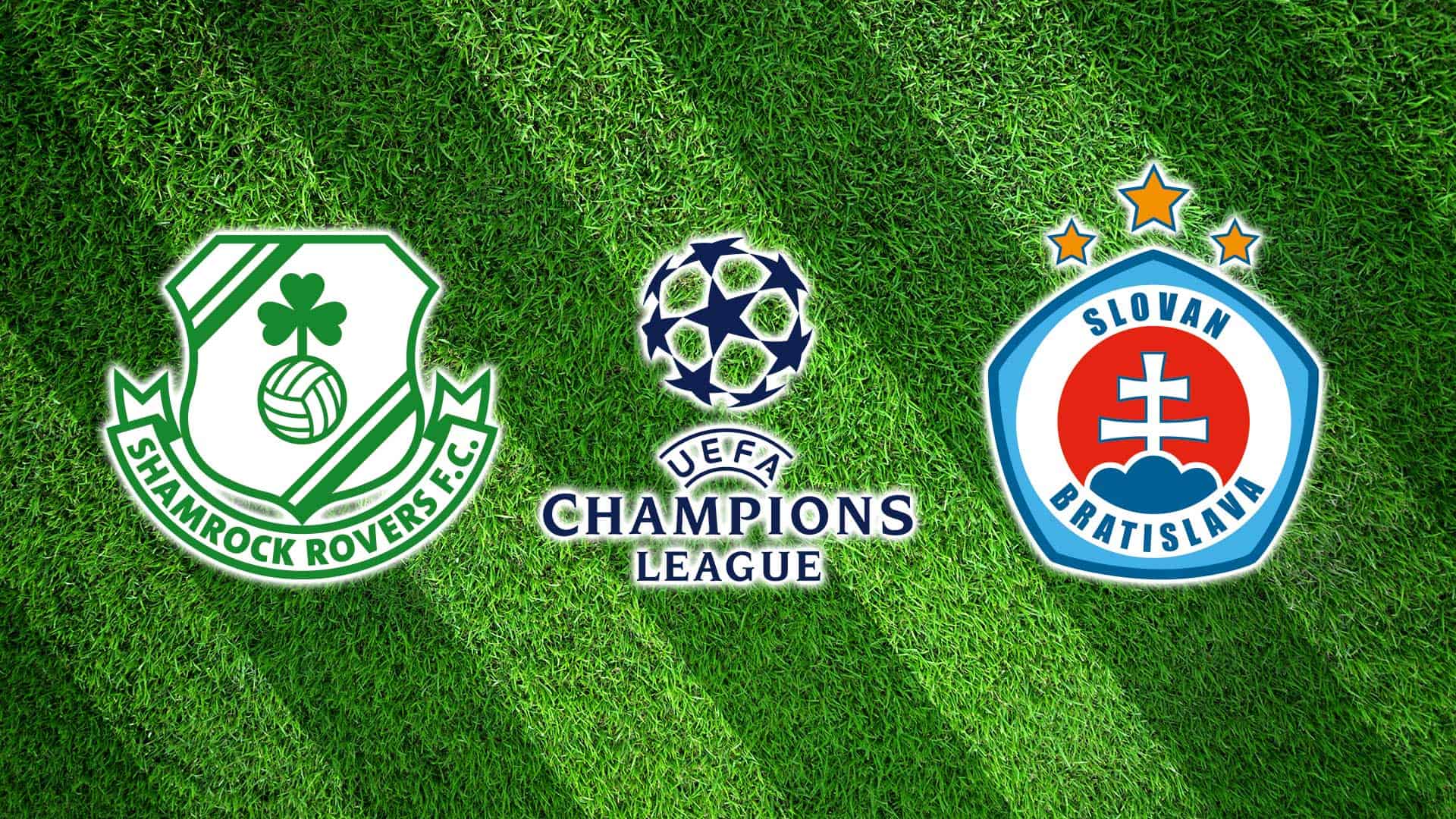 How do you reflect on the first leg in Bratislava last week?

“Ultimately Alan has kept us in the game with the save at the end. Overall, we gave away two poor goals from our point of view, and we know we’re better than what we showed over there and there’s more to come from us. Hopefully, we can bring that tomorrow night.”

Alan Mannus had made that crucial save against Dundalk and then he makes a double save and stops the penalty right at the end in Slovakia. As you said he has kept the tie alive?

“Yes, he’s made a couple of important saves there at the end to keep us in the game. Alan has done that over the years, he makes really important saves and he’s the best keeper in the country. In big-game scenarios Alan makes important saves. It was fantastic and it keeps us in the tie.”

Did you feel Rovers gave a good display in the first half particularly and could easily have scored from Sean Gannon’s chance?

Did Slovan’s second goal come at a terrible time in the game and sort of knock the stuffing out of us?

“The two goals, one comes after the water break and comes after half-time, so at this level it shows you can’t lose concentration for a minute because you get punished. That’s what happened so it was a really poor goal to give away and poor timing as well.”

You introduced Graham, Dylan and Danny in the second half. Did you want to see a bit more from the team creatively in the final third?

It will obviously be difficult to overturn the two-goal deficit but with 1,500 fans getting behind the team in Tallaght, is there a feeling amongst the group that anything can happen?

Has this team grown in Europe year on year and learned valuable lessons from each season, from some big wins but also narrow defeats, that they can take into the tie?

“Definitely. This team is an experienced team in Europe. We’ve played a lot of ties together in Europe and they understand what it takes to go and win big games in Europe. We’ve shown that over the years and we’ll need all of that know-how and experience going into the game tomorrow.”

Are there any new injuries ahead of Tuesday?

“No, everyone came through OK.”

Dean Williams and Darragh Nugent have gone on loan to Longford. Did you feel that they needed a bit more first team experience?

“Both have been doing really well but they just need more game time to help with their development, help get them more prepared for us. It’s important that they get games between now and the end of the season. Both did well at the weekend which was pleasing. It’s about them developing and going to play Premier Division football, that’s important.”