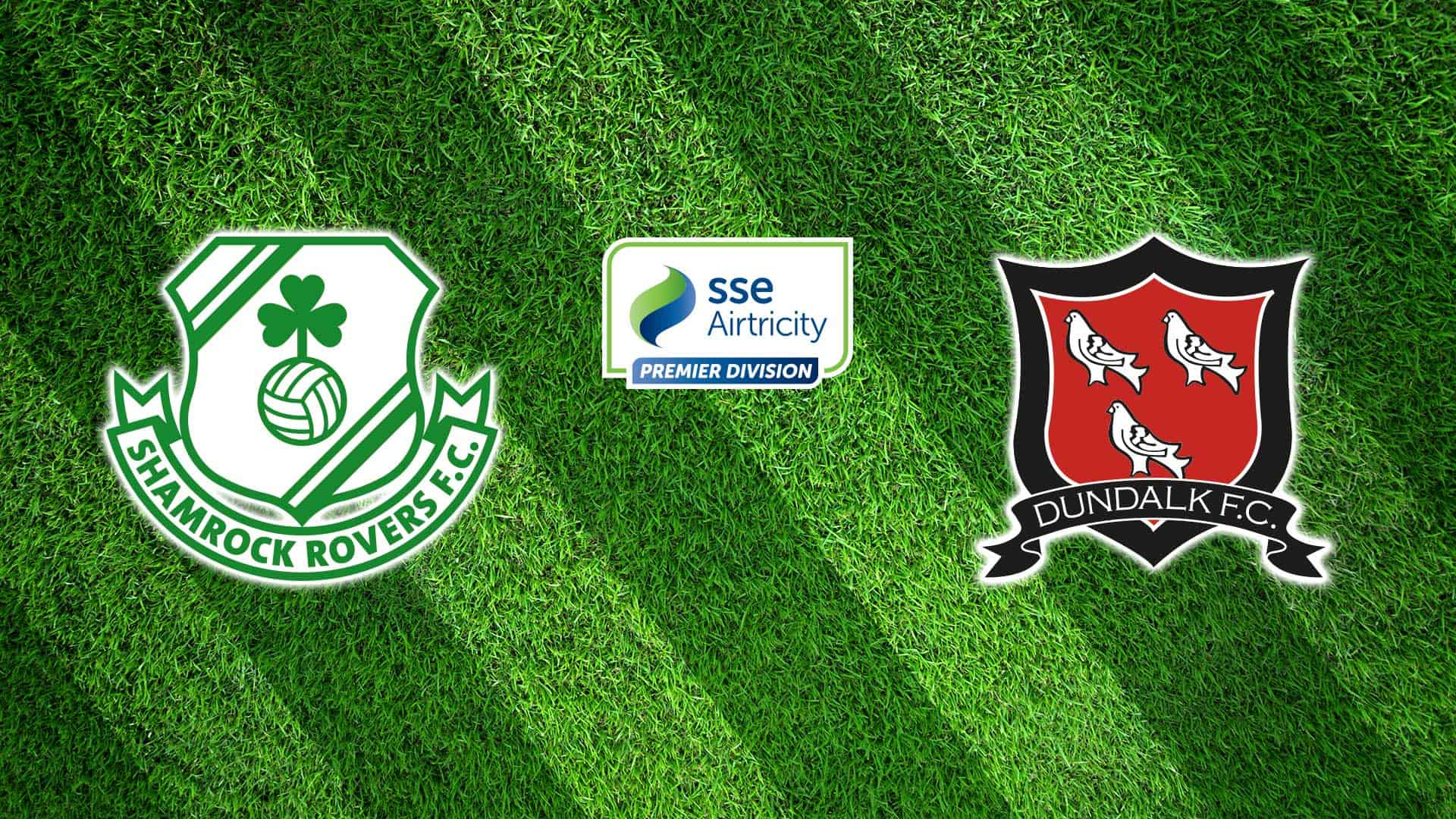 Q: Stephen, looking back at the Drogheda game, what did you think of the team’s performance overall?

A: I thought for a large majority of the game we were very, very good. We switched off, got sloppy for 15-20 minutes of the second half and obviously gave away a really poor penalty, but our performance was good. We had chances, we hit the post, but to be fair to Drogheda, they hung in there and they got their penalty, and they deserved their point in the end.

Q: Were you pleased with our tempo and general play going forward in the first half and how we took the early lead through Graham’s penalty?

A: Some of our play was very good. Like I said, we played with a high energy, high tempo for the majority of the game, other than the first 15-20 minutes of the second half, so yeah, pleased with a lot of aspects of our play.

Q: Drogheda equalised with a penalty of their own. What could Rovers have done better in the second half not to let them back into the game?

A: We just started really slowly. We made some really, really sloppy mistakes from our point of view. Our decision making was poor, and we invited unnecessary pressure and, in the end, it cost us.

Q: We rallied in the last 20 minutes, hitting the post near the end and there were headers from Hoare & Gaffney. There were plenty of chances to win it wasn’t there?

A: Yeah, we had chances, but again, we didn’t take them, and we’ve got to win games 1-0 as well, we can’t be giving away the goals that we did and be sloppy for 15 odd minutes because against any team in this league you’ll get punished.

Q: It was great to have Dylan Watts back on the bench but none of our subs were used. Did you consider making changes during the game?

A: Yeah of course. Dylan was the obvious one that I would’ve liked to have got on, but we had to be really careful, he only trained for a day before the game, and the last thing we wanted was reoccurrence of the injury and have him out for another 5 or 6 weeks. Thankfully, he’s trained well this week.

Q: It’s one win each so far this season in meetings between Rovers and Dundalk. And now Vinny Perth is back as manager. What do you expect from them in Tallaght?

Q: Was everyone disappointed to drop points in our last two home games, especially with fans back, and are you and the players eager to respond in a big game with Dundalk now?

Q: Do you expect Chris McCann, Sean Kavanagh and Joey O’Brien to make the squad for Friday’s game?

A: We’ll have to check on Chris but everyone else is back. Graham Burke is suspended.

Q: How great is it to have Richie Towell officially a Hoop as of today?

A: Great. He’s been great since we got him in, Richie. He adds so much to the group. He’s a real leader and we’re looking forward to getting him going

Q: Is Richie available for selection for tomorrow and is anyone else injured or suspended?

A: Richie is available, we’re just hoping the international clearance comes through, which we shouldn’t have an issue with.

Friday’s match in Tallaght Stadium kicks off at 8pm and is available to stream on loitv.ie