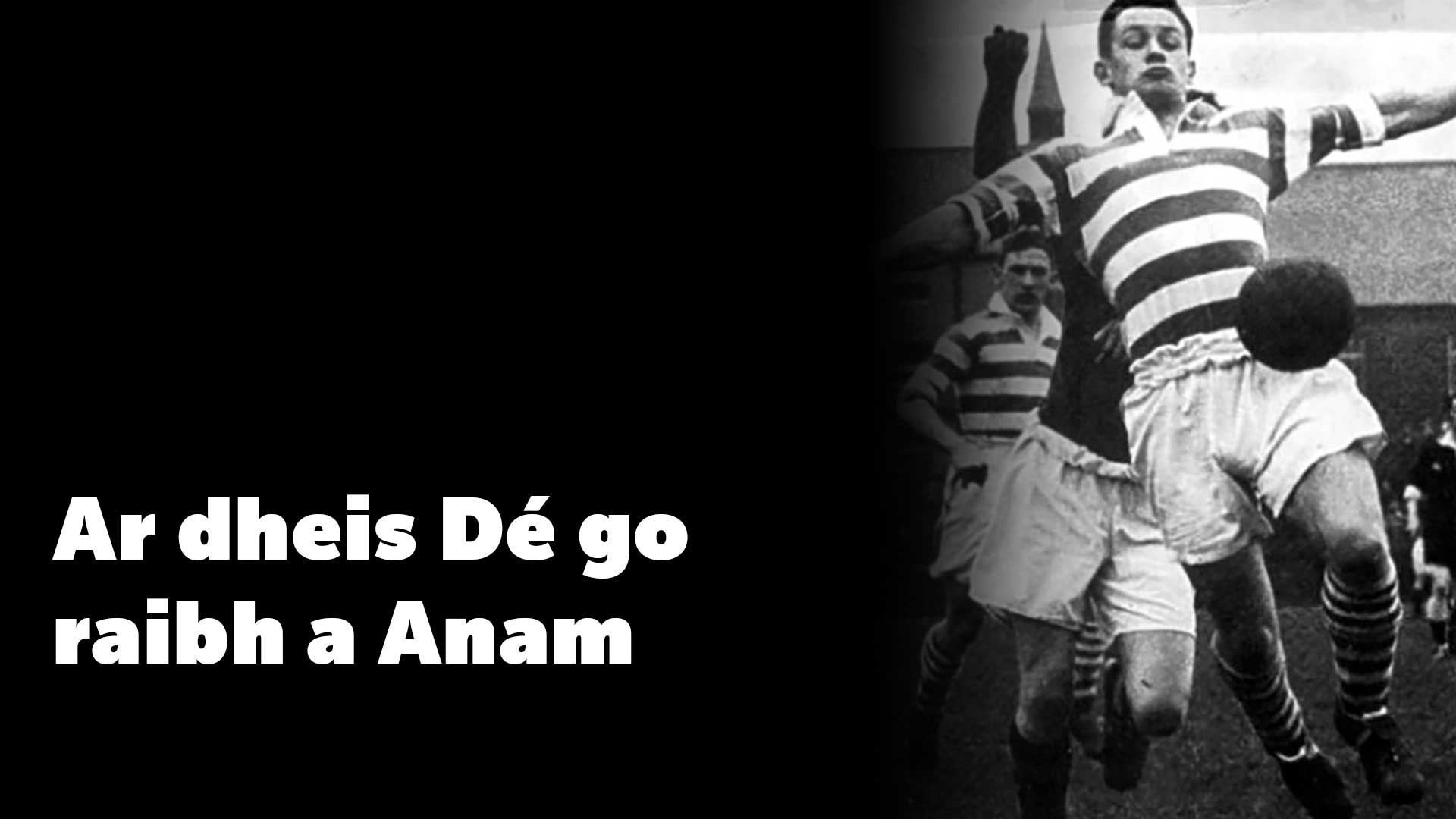 The death occurred (peacefully) in the early hours of this morning (21st April) of former Hoop Gerry Mackey. Gerry gave tremendous service to Shamrock Rovers during a career at Milltown that spanned nine seasons.

A left back and centre half, who joined the club in 1951 from the famous schoolboy club Johnville, he very quickly rose through the ranks to the first team and was to go on and make a tremendous contribution as a member of the hugely successful ‘Coad’s Colts’ side.

That team ruled the roost in the League of Ireland throughout the 1950s and included great players the likes of Ronnie Nolan, Liam Tuohy, ‘Maxie’ McCann, Paddy Ambrose and many others who together brought success after success to Milltown.

Amongst the honours won was the FAI Cup in 1956. That occasion has gone down in history for the spectacular come back staged by the Hoops to beat Cork Athletic 3-2 in the final. Everywhere the team played venues were packed to capacity. The ‘Coad’s Colts’ made further history in 1957 when they became the first League of Ireland team to play competitive European football having been paired with the famous ‘Busby Babes’ side of Manchester United.

This was a spectacular era for the Milltown club and Gerry Mackey was an almost ever-present throughout that time so the measure of his contribution can be fully appreciated. He was just 17 when he joined Rovers. Starting out as a right full, he moved to left full but when Shay Keogh picked up an injury during a game against Transport at Harold’s Cross Gerry slotted into the centre half berth and that was to become his regular position.
Gerry possessed 3 senior Ireland caps having played against Denmark, West Germany and England between 1956 and 1957. He also had 10 inter-league caps and made one appearance for the Republic of Ireland at B level against Iceland in August, 1958.

During his time at Milltown Gerry was on the league-winning side 3 times, in 1953/54, 1956/57 and 1958/59 and two FAI Cups in 1955 and 1956. His overall tally of honours won is impressive. He departed the club after the league title success of 1958/59 to take up employment in England where he continued playing football also with the now defunct King’s Lynn FC.

When Glenmalure Park was put out for property development Gerry admirably stepped forward to assist the efforts to oppose the move and, as one of the principal figures in the Keep Rovers at Milltown (KRAM) group, he was very much to the front in the efforts to keep the venue for football.

A season ticket-holder and regular attendee at matches at Tallaght Stadium, Gerry had kept up his interest in the Hoops. It was of particular satisfaction to him, when in the early 1980s, his son David also joined the club and became a regular on the then B team in the years before going on to enjoy a tremendous career himself in the League of Ireland.

Gerry, who would have been 88 later in the summer, made a marvellous contribution to Shamrock Rovers. He will be sadly missed. We express our deepest condolences to his wife and family.

Private family funeral, messages of sympathy may be left on rip.ie