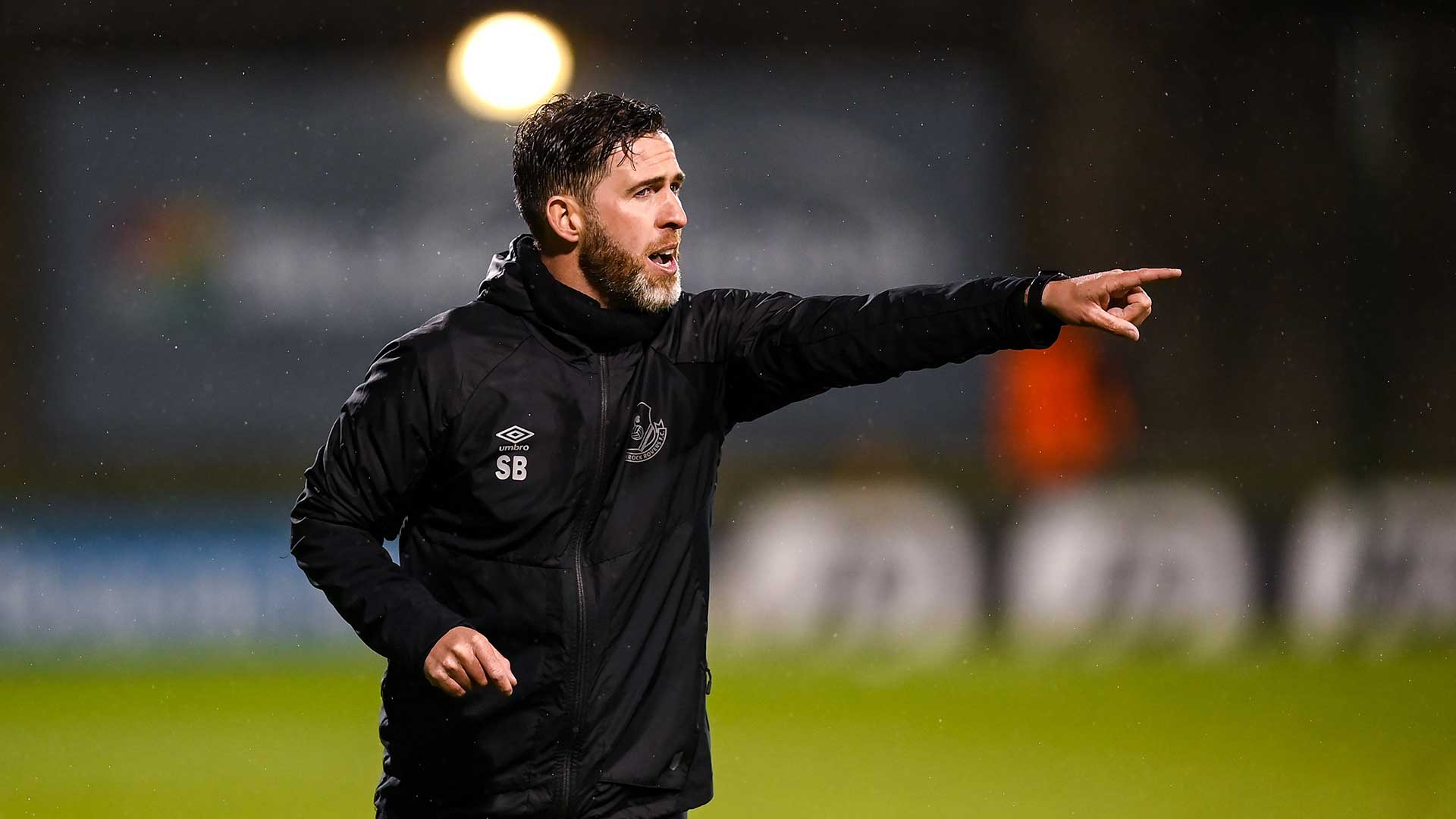 Qst: Are you happy with our pre-season preparations so far?

“Yes we are. The players have worked really hard. Darren [Dillon] has them in really good shape and ready to go.”

Qst: Are you pleased with how you’ve strengthened the squad and how are the new faces settling into the squad?

Qst: With the loss of two great midfielders in Jack Byrne and Aaron McEneff will you have to adapt or tweak any part of how the team plays?

“No, we’ll play the way we always play. You lose players, players move on and you bring new ones in. That’s football, that’s the way it goes. Our system was never about one or two players, it’s about the team and the collective and that’ll continue to be the case.”

Qst: Rory Gaffney has been in great goalscoring form in the friendlies, could he be like a new signing for us?

“I think so. He missed last season with the injury so it’s great that he’s done all of pre-season and he’s been excellent. He will be like a new signing.”

Qst: This is Rovers’ first involvement in this competition, do you like it as a curtain raiser for the season?

“It’s a great game. We usually have a tough game the week before the league starts so this is a great warm up for the league. It’s going to be a really good game, a tough game so we’re looking forward to it.”

Qst: Dundalk have a lot of new players in their squad, how strong do you think they’ll be this year?

“I think they’ll be very strong, they have a really good squad. You don’t know exactly the make up until you see them in the flesh but no doubt they’ll be right there again because of the quality in their squad.”

Qst: It’s Rovers and Dundalk competing for another trophy and given our rivalry in recent years, should that make for another good tie?

Qst: While there are no fans allowed in Tallaght, everyone can watch for free on WATCHLOI, do the players want to put on a good show in their first outing?

“Yes definitely. It’s a game where there’s a cup up for grabs, it’s a tough game that’s getting us ready for St Pat’s next week. It’s going to be important for the players to go out and perform and be ready to go for next week.”

Qst: Are there any injuries going into Friday?

“Sean Kavanagh and Lee Grace have slight knocks and Neil Farrugia is the same so those three are ones that we won’t risk tomorrow.”

Kick off at Tallaght Stadium is at 7.45pm on Friday, the game is free to view on www.watchloi.ie