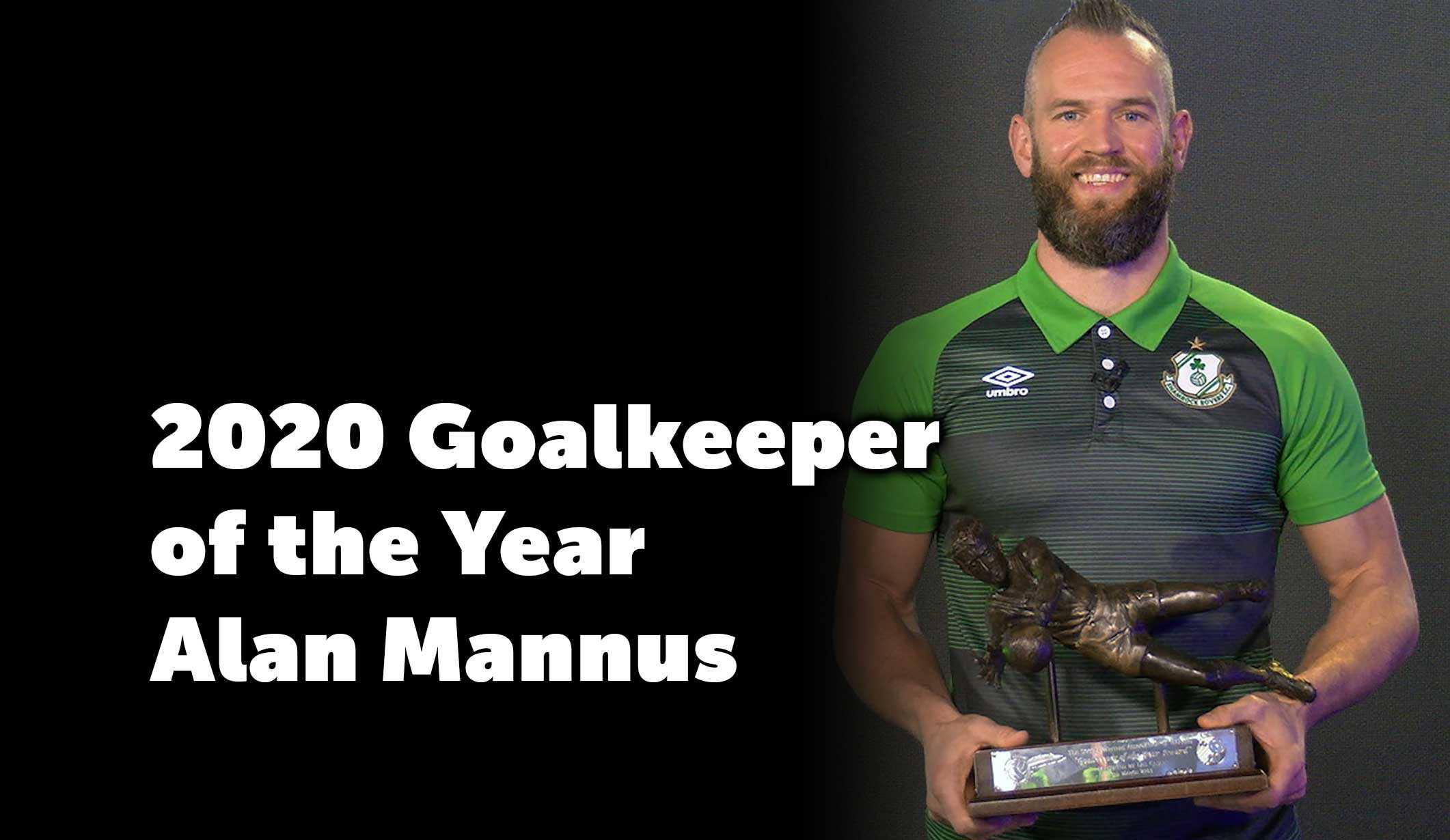 The 2020 SSE Airtricity/Soccer Writers’ Association of Ireland Goalkeeper of the Year is Alan Mannus.

The Hoops’ goalkeeper topped the voting ahead of Sligo Rovers’ Ed McGinty in second place and David Odumosu of Drogheda United.

Alan played every minute of our league season, keeping 13 clean sheets in 18 games as we won the Premier Division title without losing a game. The Northern Ireland international also made the crucial save in Rovers’ epic 13-12 penalty shoot-out win over Ilves of Finland in the Europa League qualifiers.

Mannus last won the award 10 years ago. “Well, I’m a lot older now!”, reflected the Rovers goalkeeper on his latest win. “I was fortunate to win it back then. And I remember saying the standard of goalkeeping was very high in the league and I still think that now.”

Though one of the elder statesmen of the Rovers team, Mannus says retirement is not currently his thoughts. “I’ll go another year and see how it goes. I’m really enjoying it, I still feel really good and the club have been really good in looking after me.”

You can watch Alan’s acceptance speech and interview HERE. 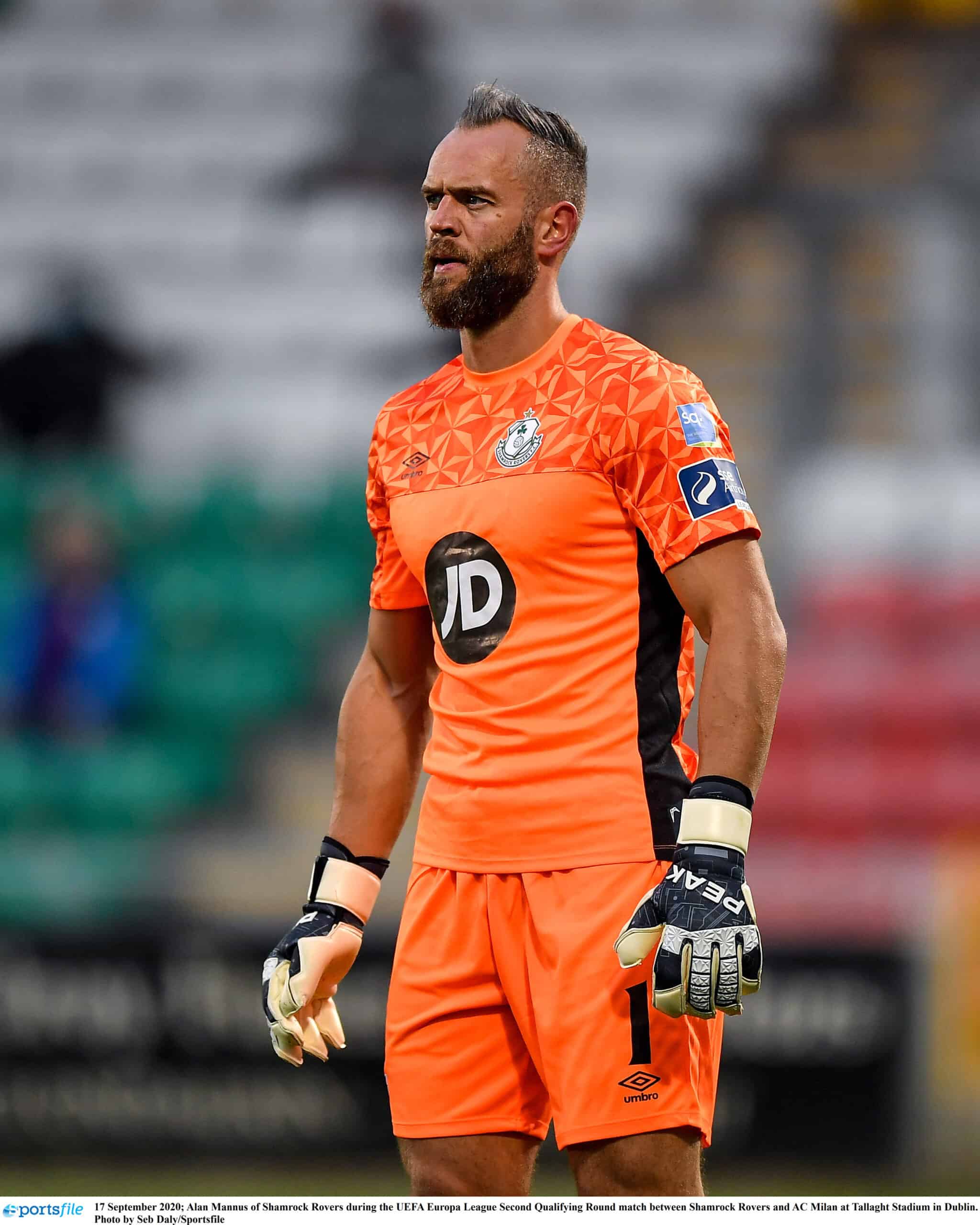