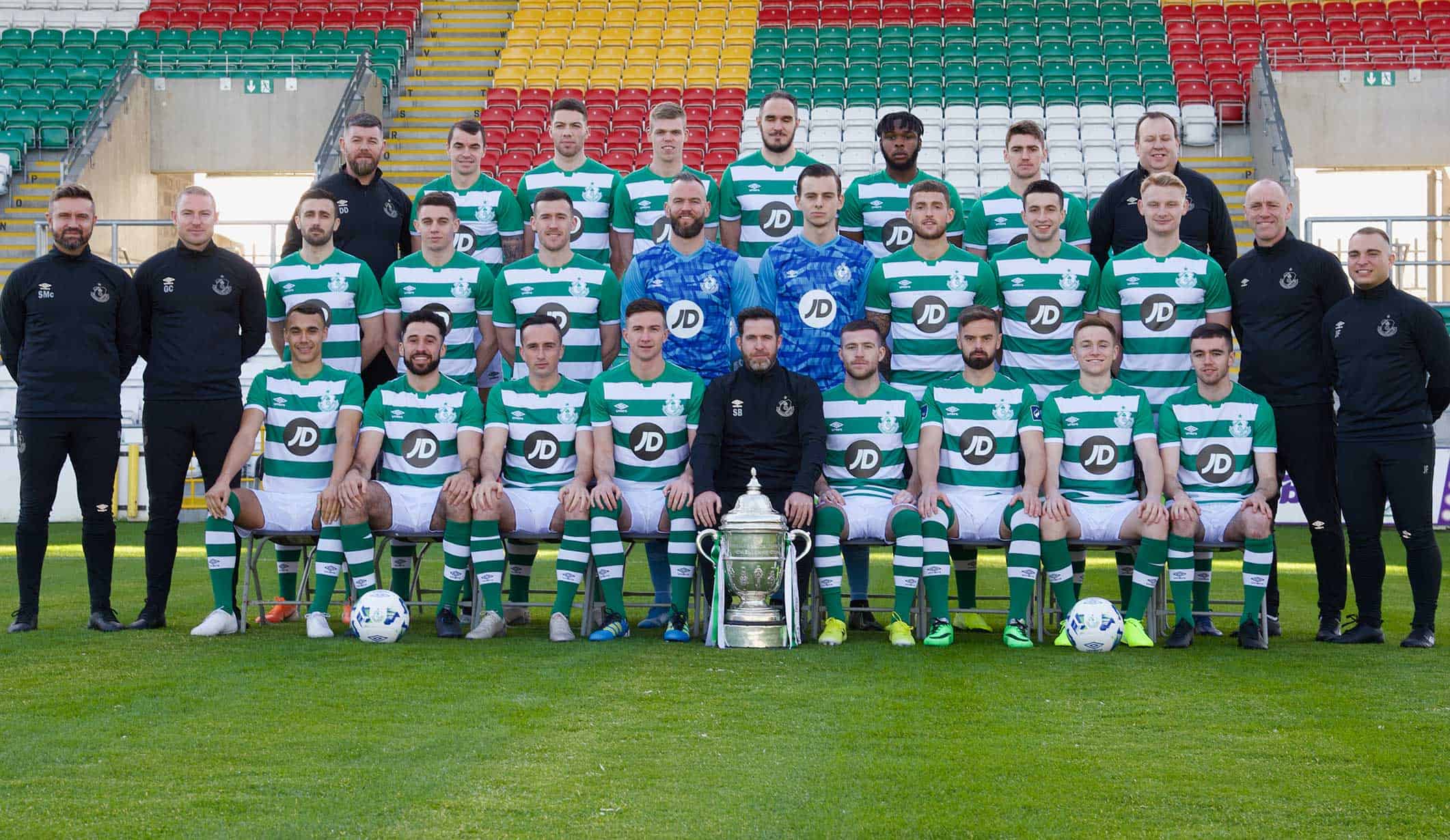 Team news from Stephen Bradley ahead of tomorrow’s FAI Cup semi final v Sligo Rovers at Tallaght Stadium. Kick off is at 2pm with the game available to stream on www.watchloi.ie

Qst: How do you sum up an eventful Finn Harps game last Friday?

“We obviously started really poorly and we fully deserved to be 2-0 down at half-time. But I felt second half we showed tremendous character and fight to go and win the game.”

Qst: What do you think we weren’t doing right in the first half that resulted in going two goals behind?

“There’s a lot of things that you could speak about. I think our preparation wasn’t ideal but we know there’s no excuses, you have to play the game. There’s a lot of reasons why we didn’t start right but the most important thing is we responded in the right way.”

Qst: Having gone unbeaten in the season the players hadn’t found themselves in a position like that in a long time. What did you say to them at half time?

“We didn’t have to say anything. I think the players knew that we weren’t at our level and at half-time they knew themselves they had to get going. This team has been behind before in games, big games in Europe and it never fazes them. We knew the second half would be a better showing and thankfully it was.”

Qst: Three penalties in four minutes, have you ever seen anything like that?

“No but to be fair they are penalties.”

Qst: Aaron McEneff immediately grabbed the ball for the second penalty, was there no fear there about taking another one after missing?

“I think that sums Aaron up, what type of man and what type of player he is. It didn’t affect him, he wanted the second one straight away and you could see the group trusted him as well to go and do it and he did.”

Qst: Were you pleased that your two half-time substitutes Pico Lopes and Sean Kavanagh had a good impact on the second half performance?

“Both did really well but that’s what you expect when you have a strong team and a strong squad. Sometimes the difference between starting and not starting is really small so you expect that when the players that are on the bench come on, they have an impact.”

Qst: And you must have been happy with the character to come from 2-0 down and qualify for a big Cup semi-final?

“Yes because we could have felt sorry for ourselves and came up with a lot of excuses. The players didn’t; they rolled their sleeves up and showed tremendous character to go and win the game.”

Qst: Sligo were decent in Tallaght in our recent league meeting, despite the scoreline, what are they capable of?

“I don’t think the scoreline is a reflection of that game, it wasn’t a 4-0 game. We’ve watched it back enough times to see that and understand that Sligo are a good team and I’m sure that they’ll show that again tomorrow.”

Qst: One game to get to another Cup final, will the players be highly motivated for that reason on Sunday?

“Of course. Chances to get to Cup finals don’t come around so often and when you have it you’ve got to try and grab it. Plus the fact that it’s our Cup at this moment in time and we’re going to do everything possible to hold onto it. That starts tomorrow.”

“We have a few knocks and we’ll have to see how they settle down today and tomorrow morning but nothing too serious other than the ones who missed last week.”

Sunday’s Cup semi final will be available live on our Described Audio Commentary service at this link.

This is a free service for visually impaired fans provided by club volunteers. Commentary is from Phelim & Garret 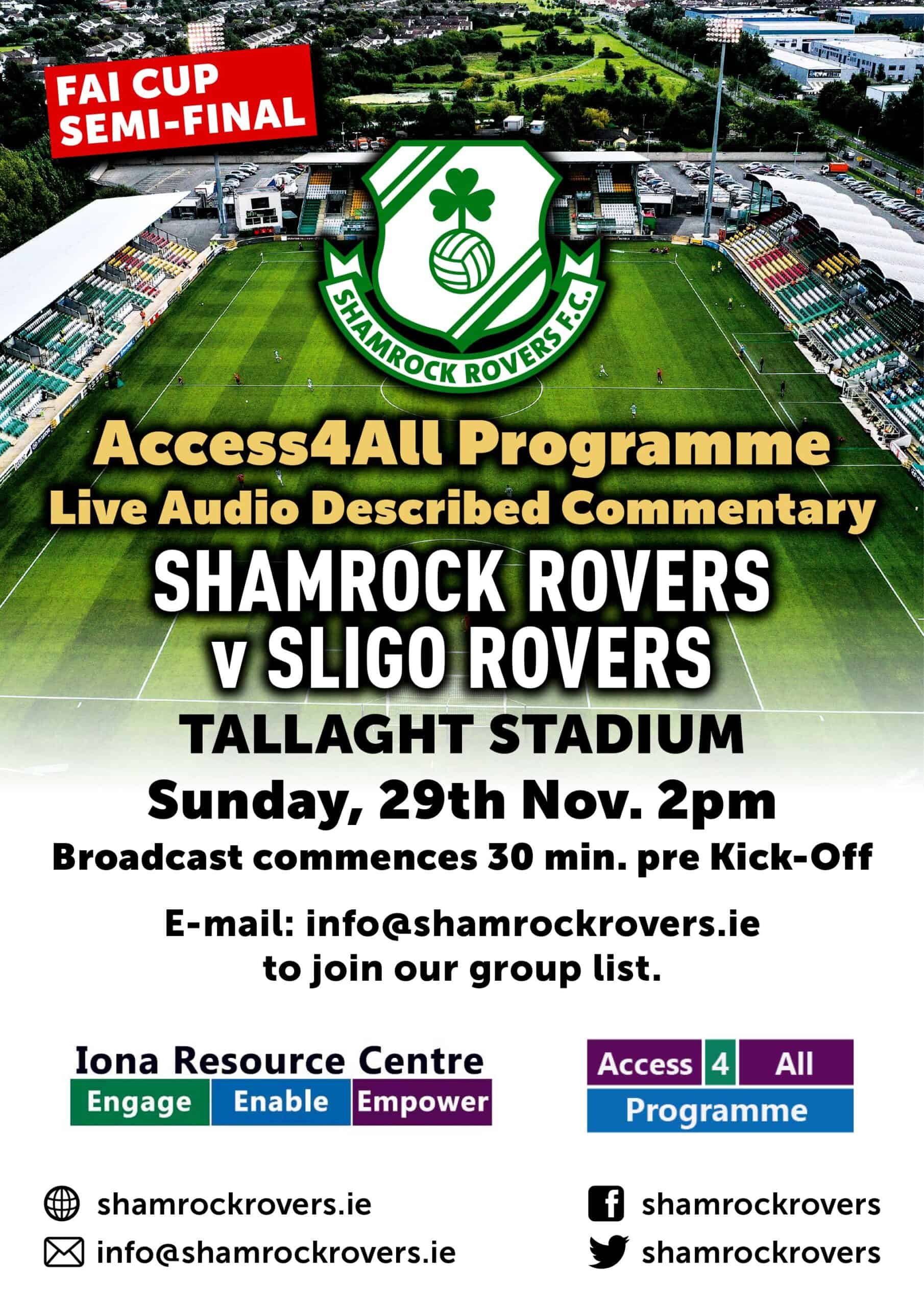