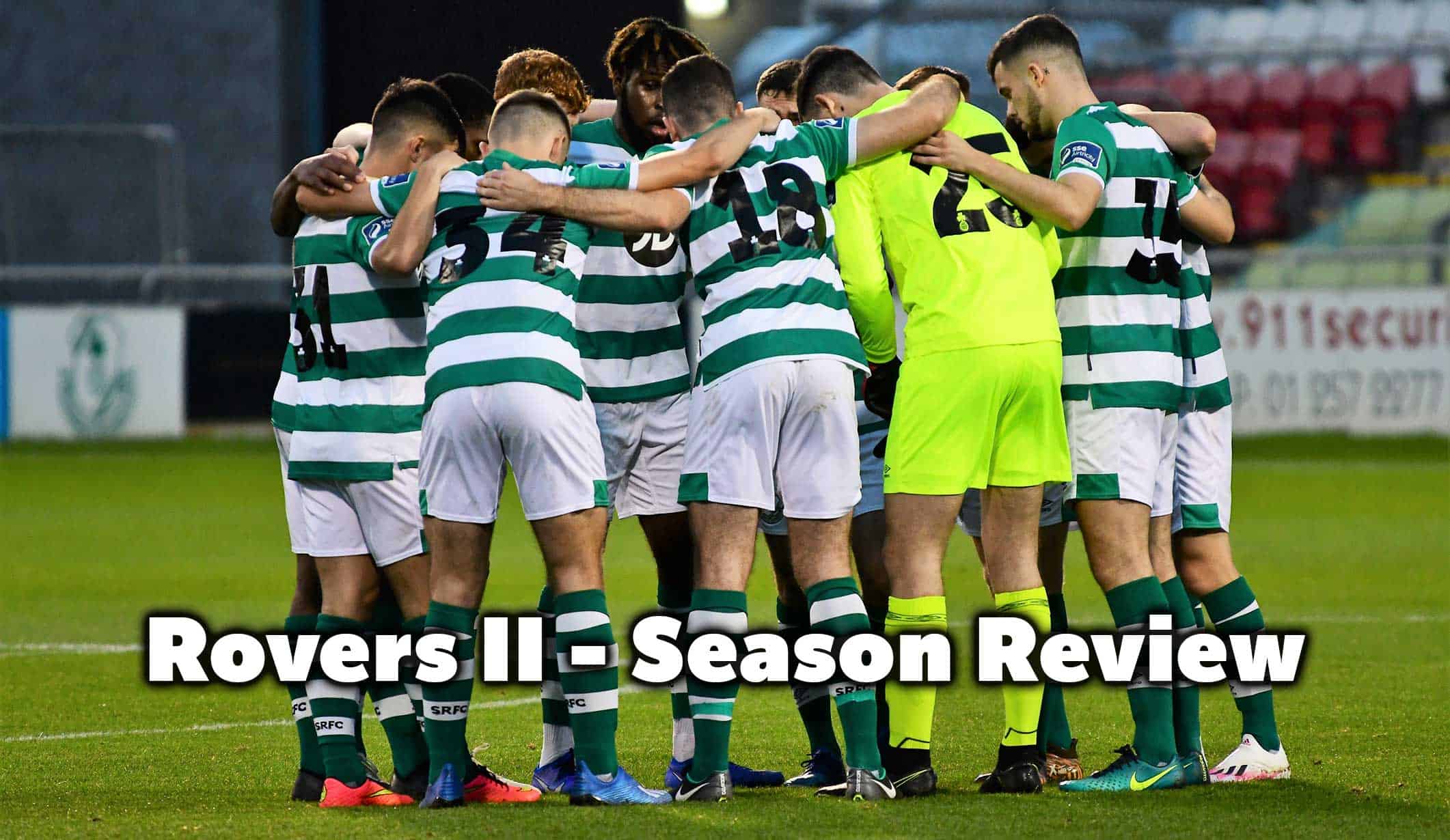 As somebody who watched the previous incarnation in 2014, I was giddy with excitement with the prospect of seeing us have a young side compete in the First Division again. When we set out to have a second senior team in 2014 we didn’t have the building blocks in place that we do now. The academy was in its infancy and not yet strong enough to support a senior side. We brought 10 senior players in to compliment what was effectively our Under 19 team. It was a necessary short-term solution to help a very inexperienced team.  Unfortunately, we changed managers during the season and Pat Fenlon the new man in charge deemed the second team an unnecessary expense and wanted available monies channelled into the first team.

When we qualified for the Europa League Group stages in 2011, there was a lot of talk within Rovers about how we could take the next step in our evolution. There was lots of talk about creating a Masia-like academy. There were many visits and consultations with Malmo as it became a club blueprint worth studying.  This was put on the long finger as many managers and players came and went and the finances began to drain. The doubts were in the fact that even if we built it, it would prove problematic because the traditional schoolboy powerhouses would still attract the players by reputation alone.

This all gradually changed from 2011 on, with the setting up of the FAI National League, first at U19, then U17, U15 and most recently U13. This has allowed us to develop a blueprint throughout the club where all teams play the same way throughout the system. It was incredibly frustrating in the latter stages of 2014 to see the first team playing a direct style when it went against what the club was trying to implement at every level. Stephen Bradley spoke in a podcast recently about these subjects and hinted that there will come a time for him to move on.  I believe it is imperative that we have continuity in our style of play and philosophy and therefore the recruitment process will be vital. Swansea City had great success from 2007 to 2015 by using a continuous style and blueprint which allowed managers to transition in and out easily. Brentford would be another example of a similar philosophy at work.

I believe that second teams at senior level are a sensible way forward. Other clubs will hopefully follow our lead eventually. It will only make Irish football stronger if there is a continuous pathway for talented young players to continue their development at senior level.

Our place was finally completely ratified on the 12th of February but not before the entire First Division threatened a mass withdrawal. Even then it was only with rules set down by the other clubs. Therefore, it was decided that only Under 21 players could represent our second string apart from one overage player and a goalkeeper. So it was that the now self-titled People’s League was set to finally kick off. We then faced the ignominy of Drogheda’s advertising of our first match referring to Longford’s match against Development Team or posters promoting the league which excluded our crest. And then the final petty dig when we arrived in Longford on the first night when they refused to put our name on their match programme and initially on their website.

Then finally some football broke out. Our fledgling side playing away to one of the pre-season Promotion favourites eventually succumbed 2 nil on the night but put on a display that boded well for the future of the club. The team on this momentous night was Leon Pohls, Alex Dunne, Cole Omorehiomwan, Sean Callan, Peter Adigun, Adam Wells, Darragh Nugent, Sean Brennan, Brandon Kavanagh, Thomas Oluwa and Sinclair Armstrong. Substitutes were Kian Clarke, Aidomo Emakhu, Danila Bogdanovs, Darren Prendergast, Jordan Tallon, Dylan Duffy and Conan Noonan. 7 of the squad were making their first appearance at senior level.

Our first home match of the season captured the headlines for different reasons. The match with Galway was played in horrendous conditions with many players suffering from frostbite. Cole Omorehiomwan had to be brought to hospital afterwards as a precaution. The match itself ended in a 1 all draw with Brandon Kavanagh scoring our first goal of the season from a free kick and Jordan Tallon being our next debutant. Cabinteely was our next stop with a last-minute goal unfortunately denying us a point. Debutants on the night were Max Murphy, Dara McGuinness and Andy Spain. And then the world ground to a halt and we entered lockdown.

That was the 6th of March. Finally, on the 2nd of August we were allowed resume playing. Our 4th match of a prolonged season was at home to Drogheda. We raced into a two- goal lead with goals from first team player Liam Scales and Sean Callan, before having to settle for a 2 all draw. There were debuts on the day for John Ryan, Dean McMenamy and Kevin Zefi.  A 3-1 defeat at UCD followed with Thomas Oluwa getting his first goal at this level. Oisin Hand was our latest debutant on the night.

Finally, on Matchday 6 on the 15th of August we won our first match. Goals from Thomas Oluwa and a first senior goal for Max Murphy gave us a 2-0 win at home to Wexford. Another narrow defeat followed in Bray, with Aaron Bolger’s first match on his return to the side on loan from Cardiff being the significant news of the night. Next up was a trip to Athlone in our second and ultimately biggest win of the season. Rovers romped to a 4 -0 win with goals from Brandon Kavanagh (2), Max Murphy and a debut goal from 16 year- old Michael Leddy.  Rovers faced Longford next with a narrow 2-1 home defeat significant for Kevin Zefi becoming the League’s youngest ever scorer at the age of 15.

This match was the start of our worst run of form for the season with a very young squad falling to six defeats in a row. The Longford loss was followed by a 2-0 defeat at home to Cobh, followed by a last gasp defeat away to Galway with Michael Leddy scoring his second goal at senior level. A 2-0 defeat at home to Cabinteely was followed by another narrow away loss going down 3-2 in stoppage time away to Drogheda with Brandon Kavanagh scoring a brace for us on the night. Our only true obvious hammering came in our next match when a free scoring UCD side came to Tallaght and won 5-2. Despite the score line we were always competitive throughout the match. Brandon continued to show his ever-growing reputation with 2 stunning free kicks. The match was also significant for the debut of Ben Curtis.

In our next match we completed the double over Wexford winning 2-0 at Ferrycarrig Park with goals from Brandon Kavanagh and a first senior goal for Dylan Duffy. Alex Moody capped a fine debut in goals with a clean sheet. Jamie Doyle also made his debut on the night. Promotion chasing Bray arrived in Tallaght next and left with a 2-0 win. Sean Kavanagh continued his recuperation from long term injury with some minutes for the second team. We did the double over Athlone in our penultimate match of the season with a 3-1 win with goals from Thomas Oluwa (2) and Brandon Kavanagh. Sean played again as he stepped up his discovery. Rovers made history again as 14-year-old Sam Curtis became the youngest player in League of Ireland history. Our final match of the season saw us travel to Cobh where our hosts were battling to keep their promotion hopes alive. We emerged with a very creditable nil all draw where a very young side short many of its regulars battled like seasoned professionals to keep the home side at bay. Darren Prendergast made his league debut, having previously played last season in the Leinster Senior Cup and Danila Bogdanov also made his first senior appearance.

To their credit a very young team finished 8th in a 10- team league, with Athlone and Wexford both finishing below them. Aidan Price had always maintained from the start that this team would be competitive, and he was not wrong. Despite the number of defeats this group of players were always competitive in every match.

We named 37 players in matchday squads this season and 34 of them got some game time. The experience these players have gained from playing at senior level this season is invaluable. We had a playing average age of just over 18.5 years for the season. The last match in Cobh was our youngest average of just under 17.5 years and our home match with Bray was our highest at just over 20 years of age. Whatever way you look at it there is no doubting that this venture into having a second team has been nothing but a success.