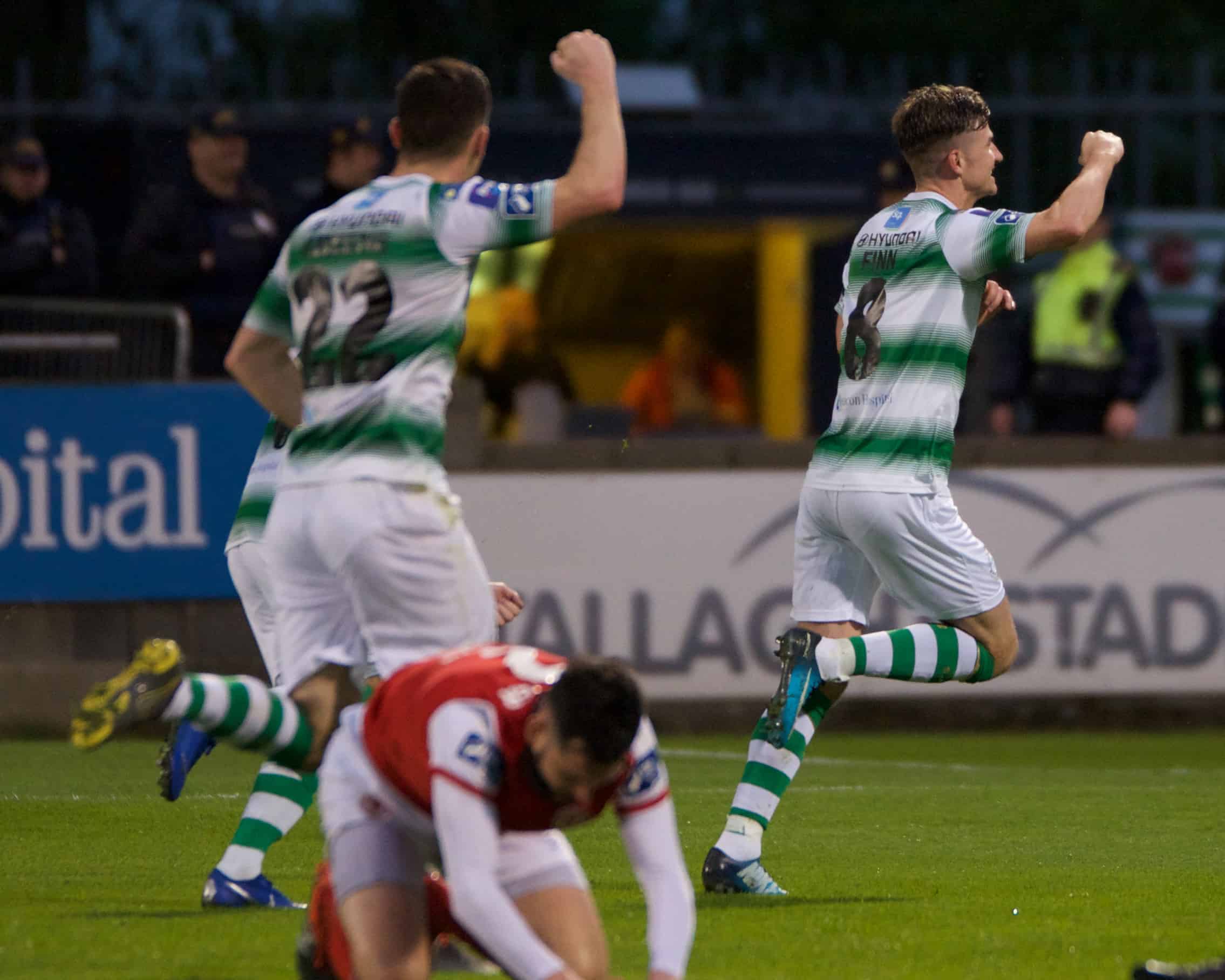 Qst. Was that a big win for you and the players in Derry?
“It was a good win. I thought we deserved it with how we performed especially in the second half. In the first half we were OK but I thought we definitely deserved it.”

Qst. What did you make of our first half performance and Derry’s fortuitous goal?
“I thought we were good in the first half, I did think it could be better and there’s things we could have improved on but I don’t think the pitch helps to be fair. It slows the game right down and it had an effect on it. The Derry goal is really poor to give away from our point of view because it’s a cross-cum-shot when he’s come in on his right foot, which we’d spoke about in the lead up to the game. So we were disappointed with that.”

Qst. You made all five substitutions by the 75th to turn it around it and they all contributed didn’t they?
“They did but I think it’s our performance up to then as well. The subs are fantastic and I think the group is strong and everyone is pushing to play which is what we want. It’s great that the players that come off performed well and the players that come on just pick up where they left off to help us win the game. So it’s great to have that competitive edge in the group.”

Qst. Dean Williams was involved in the equaliser, he was in great goalscoring form in the friendly games in preparation, how much has he developed into a genuine first team player now?
“We’ve always looked at Dean as a first team player. The idea when we sent him on loan last year was to get him experience and it was always with a view to get him back here to compete for a position. He’s done that so it’s no surprise. We really rate Dean and we know he’s an important player for us now and in the future. He’s been fantastic with his attitude, he’s worked really hard in the background and he was excellent again in Derry.”

Qst. Pico Lopes has popped up with quite a few big goals now hasn’t he?
“He has, he scores goals and he scores big goals. He’s a threat any time he goes into the box and I think he had a chance from a set play early on in the second half as well where he could have done better. But he’s always dangerous when he goes into the box.”

Qst. It’s the third time we’ve come from behind to win this season and the sixth time since Europe last year, what does that say about this team?
“I think it shows the belief that’s within the group. If we have an unfortunate goal that we had the other night that goes against us, especially when you’re controlling the game, it doesn’t change what we do. We trust the process and we trust what we do. We have belief and we keep going until the last minute. This group has shown that on many occasions and they’ll continue to show that too. I strongly feel that the group is only getting going. We’ve had a couple of games now to get our legs and get our sharpness back and I think there’s a lot more to come.”

Qst. Having said that we needed two crucial saves from Alan Mannus in the last few minutes of the game, you must have been relieved when he kept them out?
“I think one of them was actually Roberto on the line because Alan said it was Roberto. But I think Alan makes that because he’s a top keeper, he’s the best in the country. He makes big saves at big moments in games and he’s a real presence for us.”

Qst. Do we have any new injuries?
“No, Sean Kavanagh and Greg Bolger are still the only two.”

Qst. What’s your reaction to the European draw?
“I’m just delighted we’re at home. It became apparent late on what kind of teams we could have played so that is a positive and then we got the home draw on top of that, considering it’s a one legged game, I think that was very important. We’ve obviously seen them and we’ll watch a lot more of them, I think they play on Saturday so we’ll watch that game and prepare. It’s going to be a tough game like all European games but I’m delighted we’re at home.”