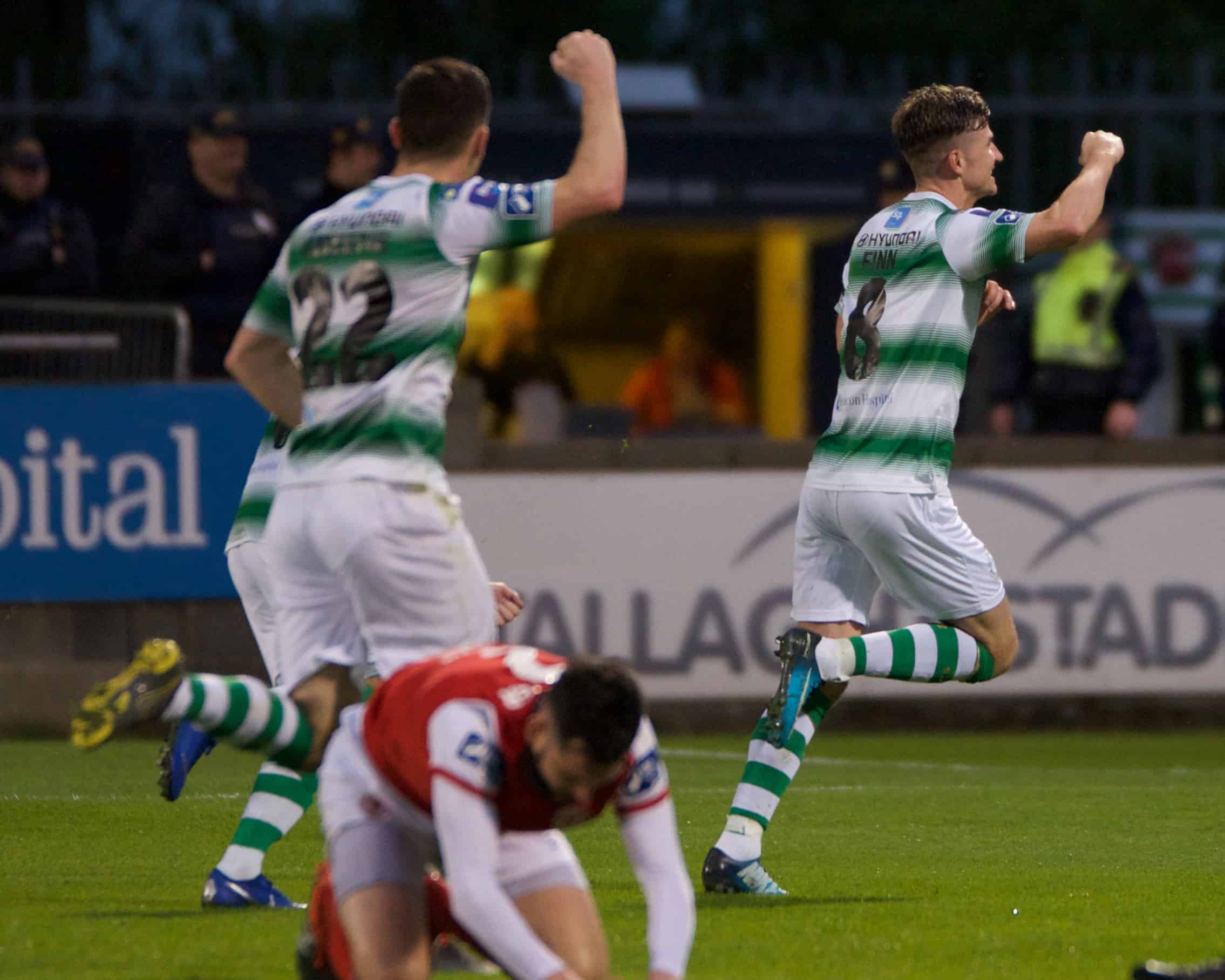 We caught up with Hoops defender Liam Scales and an interview with Karl Reilly for shamrockrovers.ie

Rovers have been back in group training for a couple of weeks now. What was it like being together and seeing everyone again?

“It was great to get back in. All of us were dying to get back in. None of us had been away from football for that long, we usually only get a month in the off-season and then we’re back in the gym. I missed it and I know a lot of the lads missed it as well. To finally come back into group training, even though it’s a little bit different than it was beforehand, it’s been great.”

The staff obviously made a lot of preparation and took precautions to ensure the players’ safety at Roadstone, were you impressed with that?

“Definitely. It’s excellent really; a complete, controlled environment. Only the players and staff are allowed through and there’s an officer from the FAI who keeps an eye on how it’s going, if all the rules and regulations are being kept up. We get our temperature taken every morning when we go in and we actually take our own temperature at home before we go in to see if we’re above a certain temperature. If we are then we’re not meant to come in at all. Everything that has been put into place to help us up get back up and running, it’s been working really well so far and it’s been a smooth operation.”

Five rounds of Covid-19 testing have all returning negative results, which is a step in the right direction for ourselves and the three other clubs. What’s that whole procedure like?

“A timetable gets sent into the Whatsapp group so we know when to arrive. There’s a tester who swabs the back of our throat and it only lasts about two or three seconds, the actual test. She takes our details and puts the right name on the test so it’s not bad really. I’ve heard there’s testing that goes up your nose and into the back of your throat, and that way wouldn’t be as pleasant, so we’re lucky in that way.”

Has it been a tough few months in lockdown and how did you stay active?

“It was tough considering we were doing so well before it all started. We were unbeaten so to have everything shut down was tough to take. But we kept on top of our fitness over the lockdown. We were doing gym sessions on Zoom with Darren Dillon, our Strength & Conditioning coach, which were brilliant. We’d do them two or three times a week and he’d also send us running programmes to do in our own time, twice a week as well. It is different when you get back out onto a pitch. You do feel a bit more tight when you’re kicking a ball or running in short, sharp directions. You do feel a bit differently but apart from that I think the fitness levels are still quite high from what we did over the lockdown.”

Which of your teammates emerged from the lockdown with the most interesting hairstyles?

“There’s a few. Lee Grace and Greg Bolger came back in with similar hairdos – they both got the top dyed, or bleached really with a white colour. Neil Farrugia has gone old school, if you remember the ‘V’ from a few years ago. And obviously Pico hasn’t touched his hair at all and it’s grown out into an afro which is great as well.”

How do you reflect on your debut for the club, coming on as a sub in the opening day win at Dalymount Park?

“It was brilliant. Obviously the conditions couldn’t have been worse on the day but it was always going to be a tough game. To come on and be on the pitch when we scored that last minute winner was just brilliant. As a Rovers player you probably couldn’t get a better debut than to beat Bohs in Dalymount with a last minute goal. We spent 10 or 15 minutes after the game clapping the fans and you could see how much it meant to them so it was a top experience.”

The fans have been very complimentary of your performances so far in the five games, particularly how composed you’ve been for such a young player and a new addition to an established team. Have you always been a confident player or what do you put it down to?

“I think it comes back to my time spent in UCD, especially with Collie O’Neill. He gave us the freedom to go and play the right way, to keep the ball on the ground. There was no strict system that we had to adhere to – it was about making the right decisions at the right times and play your own game. I think the amount of time I spent with UCD, three or four seasons there, that really helped to bring me on in that sense, when you talk about composure and stuff like that. When we were at UCD we always played the right way and I was very lucky to get the chance at such a young age to go and play senior football, especially in that style. So that would have had a big impact on how I play now.”

Even that Dundalk game didn’t seem to faze you at all. That must have been incredible to play in?

“It was. Tallaght was sold out and I think it was a record breaker for attendance in the league. The atmosphere was brilliant. Dundalk are a top side and the game itself was an unbelievable game. The goals that were scored, obviously Flores’ goal went viral and then Jack’s winner in the last 10 or 15 minutes was brilliant as well. That was another great experience, to play in Tallaght in front of that many people. I really enjoyed it.”

Have you settled into the club well and did the presence of your ex-UCD teammates Neil Farrugia and Gary O’Neill make it a bit easier?

“I’ve settled in really well. The players and staff were all really good to me coming in first. The fact that Neil and Gary were here as well, it’s nice to have a few familiar faces in the first few weeks when you’re kind of new to things. If you’re not sure about anything you can just pull them and ask them questions so they helped me a lot. But it wasn’t too difficult to settle in because of how welcoming the club is. When you’re spending so much time with people, it doesn’t take long to get to know them and get comfortable around them.”

The plans for the return of the League of Ireland are taking longer than we would have hoped but did Wednesday’s announcement of European dates give you all something to build towards now?

“That’s all we were really waiting for, a set date that we could say right, that’s what we’re working towards. It’s great to be back training but the last few weeks it’s been up in the air as to when we’ll actually be back playing games. There were a few speed bumps in the way but it is great to have that date for the European game. It’ll be interesting to see if the draw goes in our favour because it’s only going to be over one leg, which could be great if we get drawn at home. It just means that we’re going to have to show up on the day and do the business. It’s always good to have a deadline or date to work towards and get on top of our fitness and the way we want to approach these games.”

How much are you looking forward to getting out on the pitch again?

“It’s hard to put into words. It’s been so long since we’ve played a game, you just want to go out to experience being on the pitch against another team in a competitive game. Nothing compares – you can train all you want but at the end of the day that’s what matters, the games every week. It’s going to be great when we finally do get back out there.”