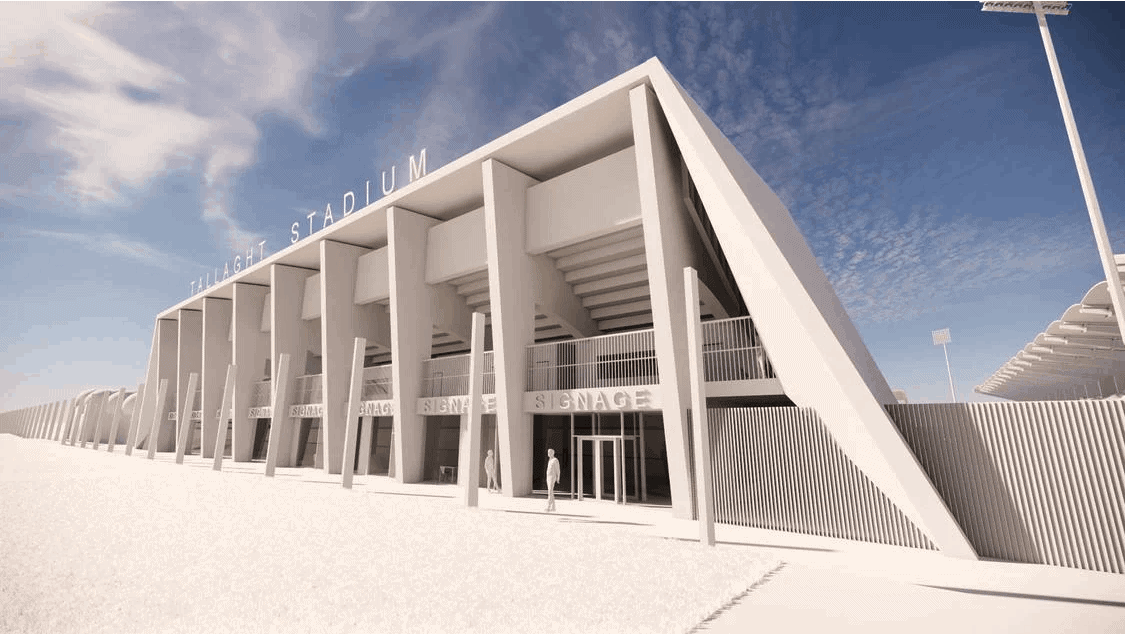 “South Dublin County Council has announced a €7.7m upgrade of Tallaght Stadium that includes the building of a new North Stand and development of the West Stand to a high-quality corporate area. The plans were agreed by elected members of the Council at the recent June Council meeting.

The new 2,000 seat North Stand will see the capacity of the South Dublin County Council-owned Tallaght Stadium increase to 10,000. The stand will face on to the N81 and will be further developed to include an active area that will be home to Shamrock Rovers’ official store and offices.

In conjunction with these plans, South Dublin County Council intends to promote Tallaght Stadium as an events venue to include music, festivals and all aspects of community events. With stadium seating and temporary on-field seating, the venue will accommodate up to 20,000 people.”

This is great news for the football club which will further complement what is already Ireland’s best club football stadium.