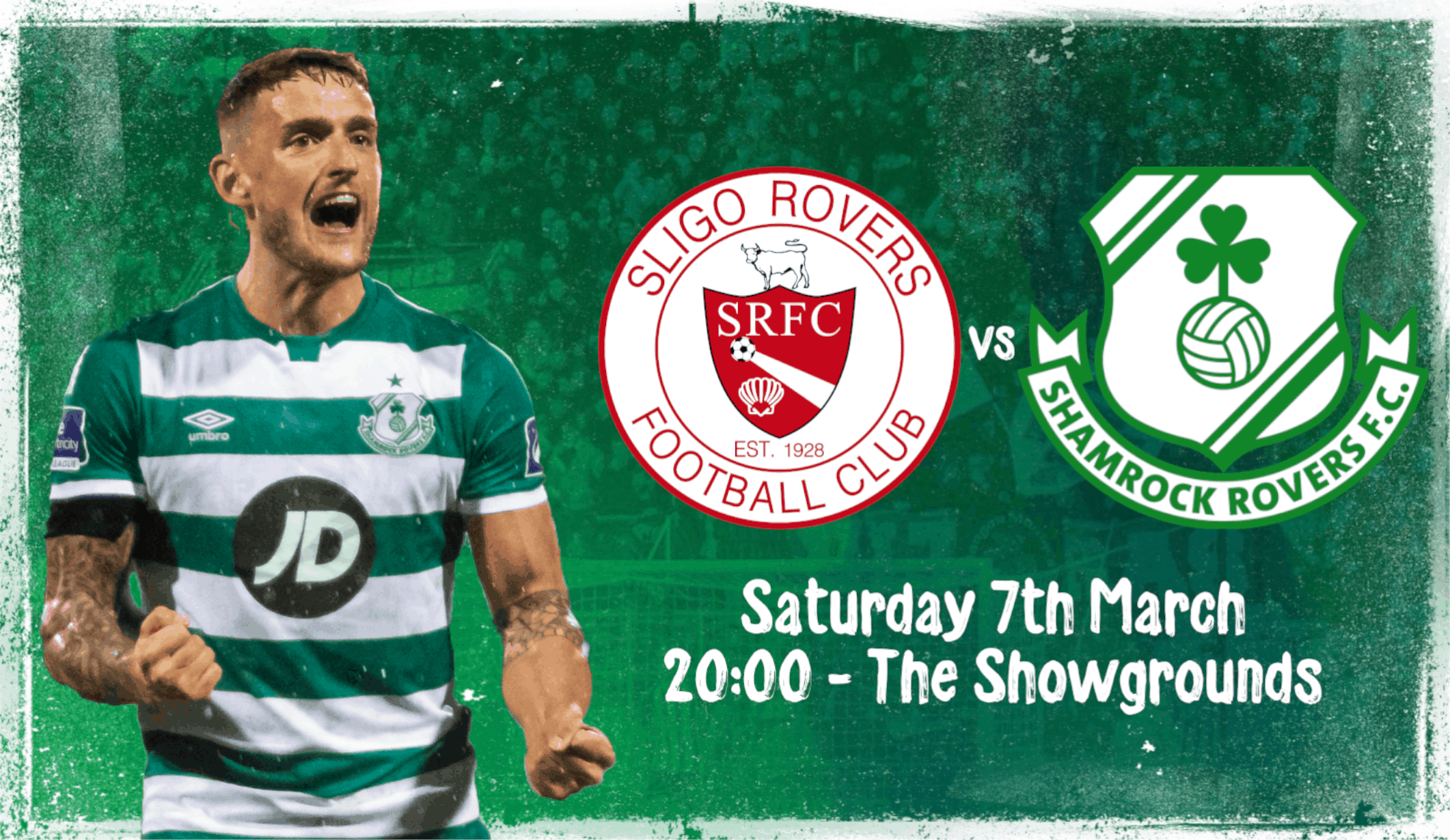 Everybody must have been delighted with a fantastic win over Dundalk last week?

“Your dressing room is always happy after a victory and when it’s a close rivalry like that you can obviously see the joy and happiness in the dressing room afterwards.”

How did you think the first half played out?

“I actually said it wrong after the game when I said they were better in the first half. I watched it back and we were very good. They had a spell of 10-15 minutes after they scored where they were on top but I thought leading up that, and in the second half we were the better team.”

Dylan Watts gave us the lead but Dundalk hit back immediately with Jordan Flores’ wonder volley….

“We were pushing and pushing and playing some good football and Dylan scored a good goal. Then they scored what was a great strike, it was an unbelievable strike but we were disappointed that we conceded from a set piece. Up until we played them they’d only scored one goal from open play so we knew they were very dangerous on set plays.”

Did you feel we started the second half well and that Hoban’s goal was against the run of play?

“We controlled the game and we were creating chances and they scored against the run of play. We were disappointed with how we gave the ball away, it was two passes and it was in the back of the net. That shouldn’t happen but overall I thought we were excellent in the second half.”

Rory Gaffney made quite an impact when he came on for his debut….

It was a superb strike from Jack Byrne to win a big game like that…..

“Jack has that and we see it every day in training and most weeks on a Friday night so it’s no surprise that he can do that. When he gets in that position they’re usually in trouble and that proved to be the case against Dundalk.”

And two diving headers at each end by Pico Lopes, the last one just as important?

“It’s a great clearance. In the last two or three minutes of extra time they applied a bit of pressure by putting balls into the box and we had to defend them. We defended them really well and Roberto’s clearance is excellent but that’s what they’re there for and the defenders were great all night. You deal with a lot of crosses when you’re playing Dundalk and we dealt with them very well.”

To be missing a few of our regular starters and losing Joey O’Brien to injury early on, and to come from behind as well which rarely happens to Dundalk, was that a test of character?

“I think it shows the strength of the squad. We were missing five players last week, Graham Burke is our top scorer and I don’t think it affected the dressing room at all. We believe in every player in the group and that whatever we put on the pitch it’s good enough to win the game if you work hard enough. That proved to be the case on Friday night.”

Did you feel it laid down a marker for the season?

“I think we know where we are as a group and we know what we have to improve on from last year. That’s the important thing for us. In terms of statements like that it’s not for us to talk about. It’s about us concentrating on the next game and going to try and win every game. That’s what we’ve got to try and do and last week was no different.”

And a word on the fans, 7,522 is a new attendance record for a league game at Tallaght Stadium….

“It was fantastic to see. We’d spoken all week of a record crowd and it was great that we got that. The fans came out in their numbers and it was a good advertisement for the league. They saw a good game of football with real quality on show and hopefully we can keep them coming back. It was fantastic for everyone involved and for the league in general, to see a big crowd like that, played in a brilliant stadium and pitch and two teams going for each other.”

It’s Rovers’ best start to a season since 1986, we’ll want to keep the run going as long as we can starting in Sligo?

“Of course we know that our results in Sligo haven’t been good enough from our point of view. They always get a good crowd and they get behind them so we know it’s going to be difficult but we’re going there fully focused with a game plan to go and win three points.”

This is the only away venue you haven’t won at as manager, are we long overdue three points out at the Showgrounds?

“I just think we need to go there and perform like we have been, respect that it’s going to be a difficult game and be ready to work hard to get the three points, even if that takes us until the 93rd minute to get a goal, we’ll have to be ready to fight to the end.”

They’re still looking for their first points of the season so do you think they’ll be eager to get off the mark on Saturday?

“I’m sure they will, I’ve watched all their games and there was nothing in them really. In the St Pat’s game there wasn’t much in it and in the Bohemians game they had chances as well. We know the threats they have but we’ll go there fully focused.”

What injuries do we have?

“On the back of last week Joey O’Brien (hamstring) is struggling and we need to check on Dean Williams today in training. Graham Burke, Rhys Marshall and Sean Kavanagh are out too but Gary O’Neill is back in the squad.”