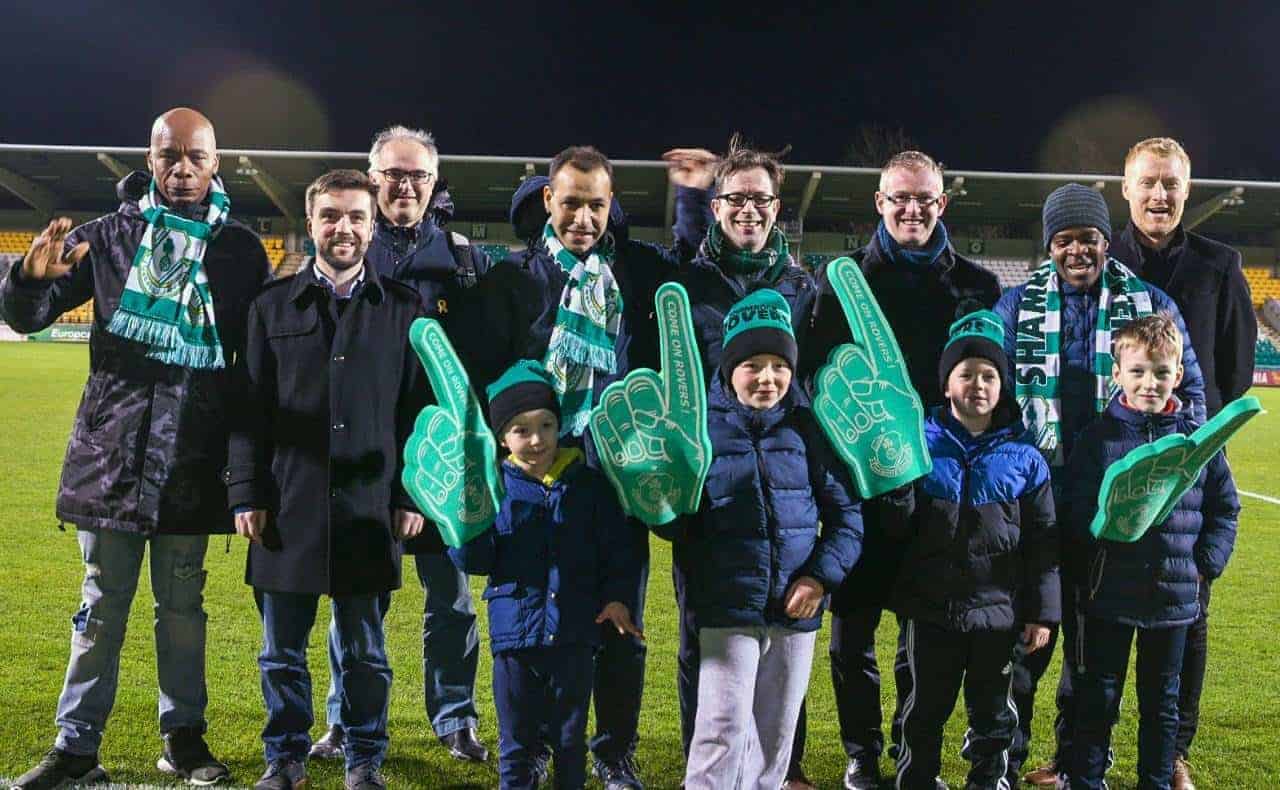 Following a very successful year one in 2019, Shamrock Rovers F.C. announce the return of the initiative that will bring up to 30 residents from the Towers Direct Provision Centre in Clondalkin to all of the Hoops home league games at Tallaght Stadium in 2020.

The initiative has again been kindly supported by a number of members of the legal profession in Dublin headed by life-long Hoops fans Matthew Kenny of O’Sullivan Kenny Solicitors and Diego Gallagher of Byrne Wallace.

Shamrock Rovers Community Officer Tony O’Neill said “We are delighted to be able to extend this fantastic initiative which we know from feedback received at the end of last season that the opportunity has been really appreciated by the residents from the Towers Direct Provision Centre in Clondalkin. We now have a whole new group of Rovers fans who have made friendships with other Hoops supporters and they really look forward to meeting up and enjoying the matchnight at Tallaght Stadium”.

Matthew Kenny of O’Sullivan Kenny Solicitors, he said “Sport plays a positive role in developing links between communities in Ireland. We wanted to ensure that the new Irish have the same opportunity as the rest of our community to watch Irish football on a Friday night.”

Hicham Lamchaali from the Towers Direct Provision Residents Committee said “Firstly I would to thank all the staff, members, players and friends of Shamrock Rovers for giving us the opportunity to watch all the home games in Tallaght Stadium in 2019 and the big day out at the FAI Cup Final. It was privilege and honour for all the residents of Clondalkin Towers seeing Rovers winning the cup. On behalf of the residents in Clondalkin Towers, we are really excited and looking forward to having this opportunity to watch all the Shamrock Rovers games in the season ahead.”

This initiative provides transport to and from all home league game along with match tickets for all along with and Junior Hoops memberships for the children. Shamrock Rovers F.C. manages the logistics for up to 30 residents who travel to support the Hoops each matchweek.