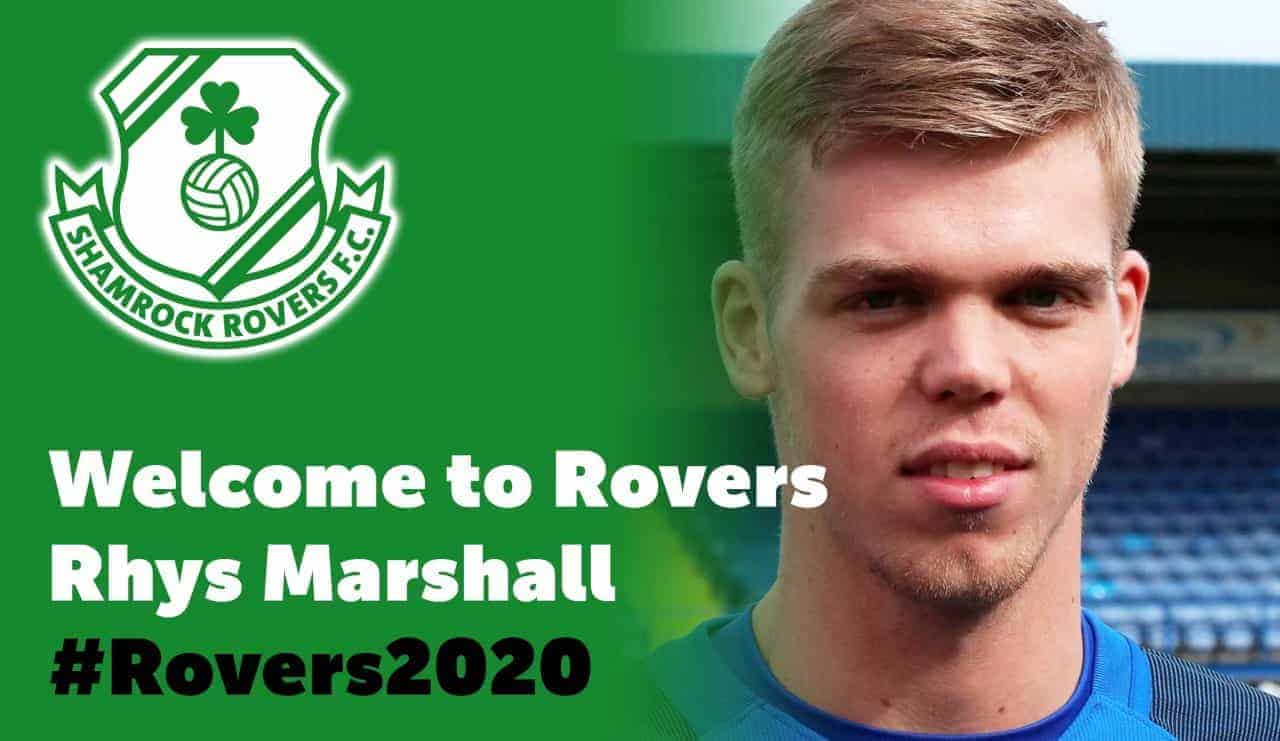 The right-back will play his final game for his home town club tomorrow and, subject to medical, will join up with the Hoops pre-season training on Monday.

Rhys (24) has been a star performer and player of the year at Glenavon playing right back and more recently in central midfield.

Marshall has been highly sought after having indicated earlier in the NI season that he wanted to move to a full-time football career at the end of his current contract in May. Shamrock Rovers F.C. is delighted to have captured his signature and look forward to adding Rhys to the 2020 squad next week.

“Rhys fits what we do here and he has lots of good attributes. He’s young and hungry and he’s played a lot of games for someone so young. Myself, Stephen and Glenn have watched him for quite some time and we obviously made contact with the club to see if a deal could be done and thankfully it could be.

I’m delighted to get him in. He was really keen as soon as we met him to make it happen. He can’t wait to get started and we’re looking forward to getting him in. He can play in a number of positions – right back, centre back, centre midfield and I’ve seen him play left-back as well. That’s something we look at when we’re signing players. He strengthens us as a team and a squad so it was a no brainer.”

Rhys has been at Mourneview Park since he was a youngster, helping Glenavon to Irish Cup wins in 2014 and 2016. The highly-rated full-back, who turns 25 in a couple of weeks, has been a key figure for Gary Hamilton’s side with his ability to play in a range of positions. Rhys has racked up 225 league appearances for the Lurgan Blues and a recent switch to midfield saw him bag four goals in 22 Irish League games so far this season.