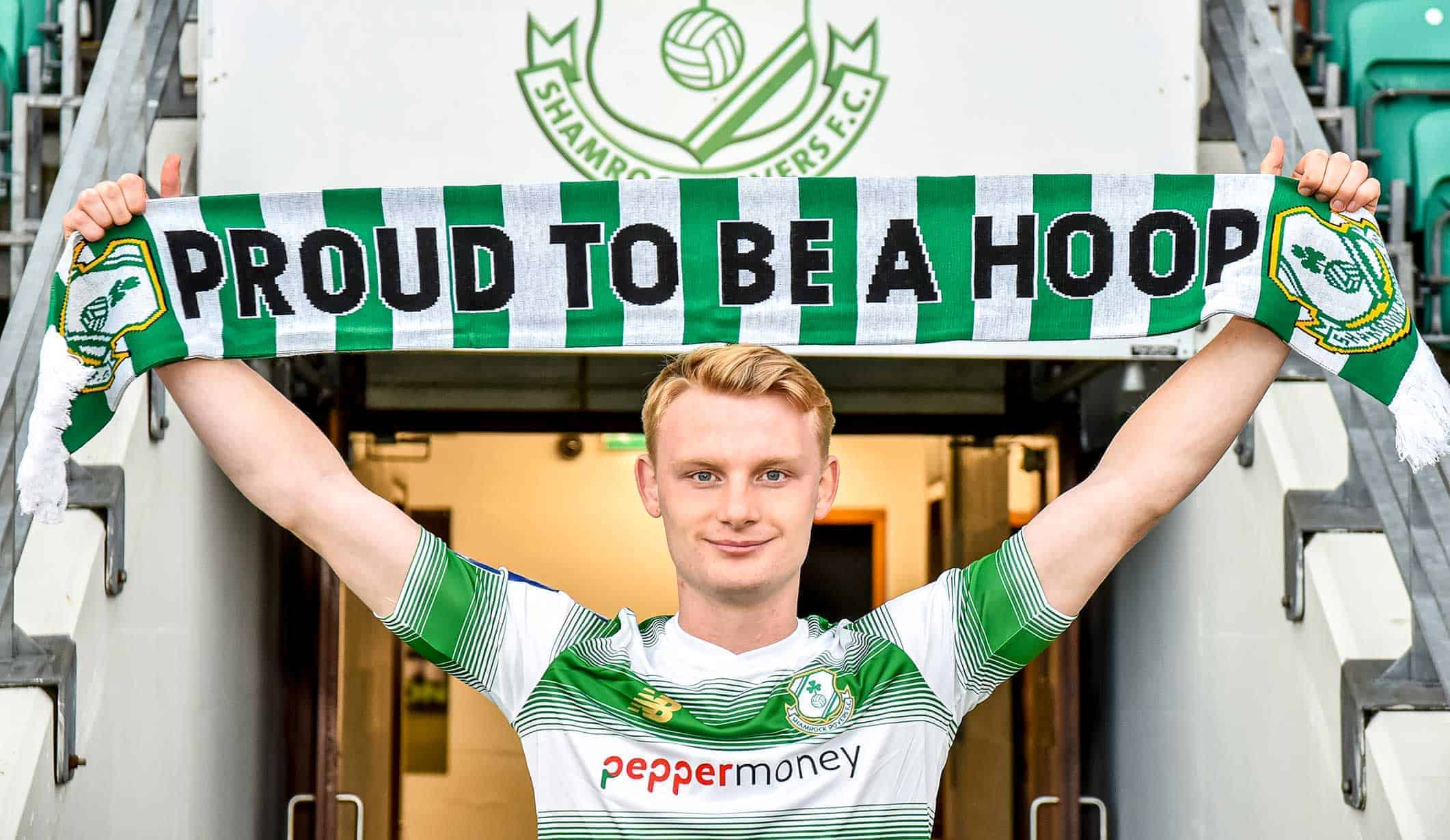 Shamrock Rovers F.C. is delighted to confirm that Ireland U21 International Liam Scales has signed for the club.

Head Coach Stephen Bradley said, “We’ve really liked Liam for quite some time. I think he has a lot of attributes that fit the way we play so it’s a great match, for Liam and the club. We spoke with him a few months back when he was with UCD but these things take time and he was looking at every option available to him. He’s had a lot of interest from outside the league and that’s been going on for quite some time so we’re delighted that he sees his future with us.”

Liam Scales said, “I’m delighted to get it all done. My time at UCD came to an end so it was time to move on and for me, Shamrock Rovers is the best option. They’re on the up and they’ve got a great crop of young players coming through. I was at the FAI Cup final and I seen how good that performance was and I just wanted to be part of something like that. Rovers played a Dundalk team that had won the league the last couple of years and they deserved to win that final. It was a great performance and that kind of swung it for me. Plus the history of the club and the stadium at Tallaght – I love playing there.

They’ve got a young manager who wants to win the league and that’s huge for me. I want to win silverware and be part of a team that wins trophies. The lads proved last year that they can do that. I played against them three or four times this year and they play it out from the back as much as they can. That would suit me because it’s the style of play UCD played while I was there for a few years.

Obviously it’s a step up from UCD and I’ll have to improve certain aspects of my game but I can’t wait to get going.I met Stephen Bradley a couple of weeks ago and there were a couple of offers I had to consider. I saw the training ground. The set up at Roadstone is top of the range, it’s the best that you’ll get at the country at club level. It’s excellent. I took a couple of weeks to make up my mind; I was away with the Ireland Under 21s so that gave me a bit of space to clear my head and make my decision. Going from UCD to another club is always going to be a big decision because you’re going from a part-time atmosphere where you’re studying in college to football being your job.”

Liam (21) played his underage football at Arklow Town before moving to UCD to be part of their Under-19 squad in 2015. A left-footed centre-half, his senior debut came against Cabinteely the following season and he became a mainstay in the team. Liam racked up 93 league appearances in total for UCD and helped the Students win promotion from the First Division in 2018. A Wicklow native, who also has a degree in geography, he was called up to Stephen Kenny’s Ireland Under-21 squad earlier this year. Along with Neil Farrugia, Liam was invited to train with English Premier League champions Manchester City but turned down an offer from their Under-23s in order to play first-team football.