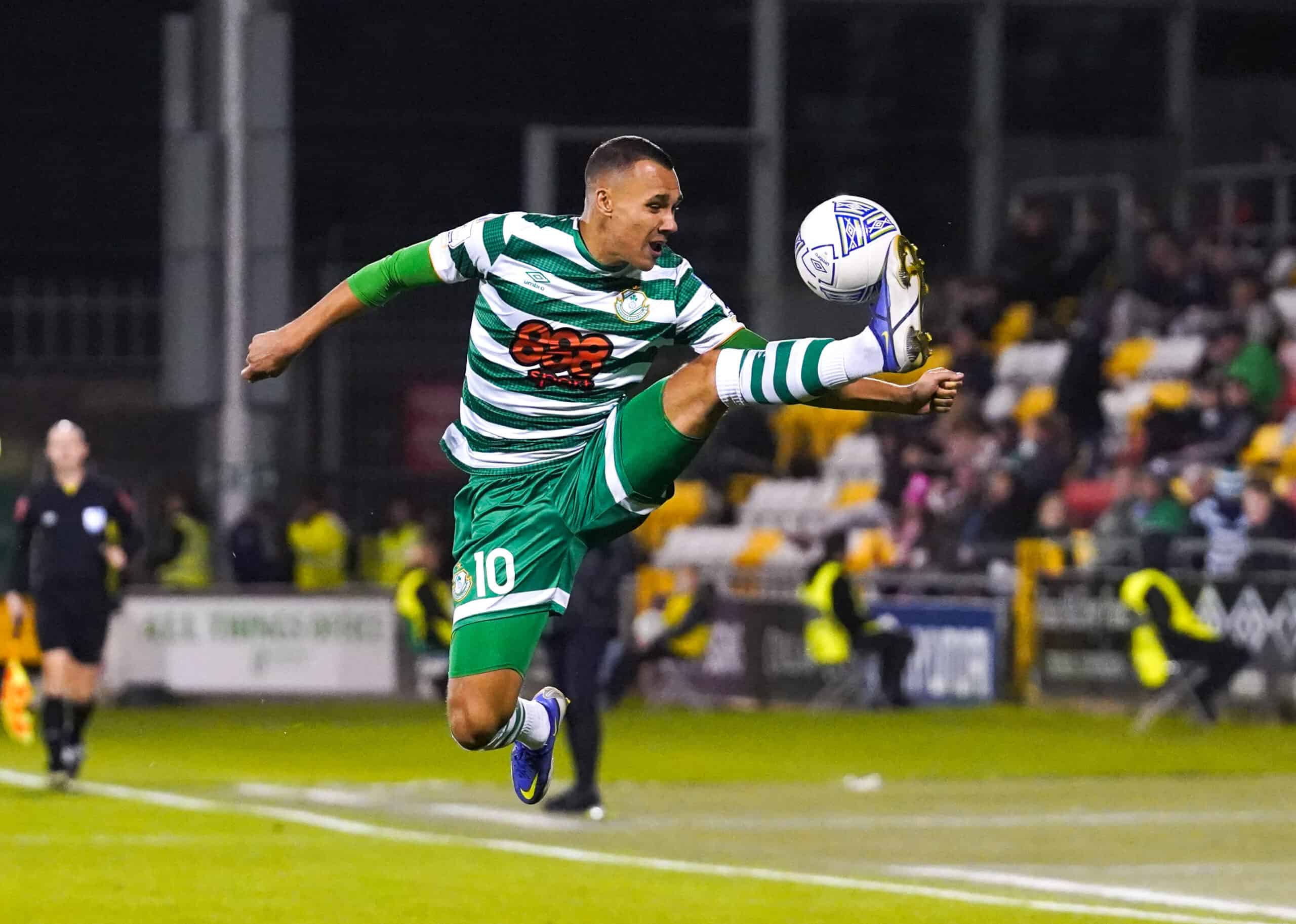 Shamrock Rovers sit five points clear at the top of the SSE Airtricity League table after a dominant display over UCD at Tallaght Stadium on Monday night. Neil Farrugia’s early goal was the difference in what was a crucial victory for the Hoops in our quest for three-in-a-row.

The scoreline suggests a much closer affair, but in reality, Rovers were in full control throughout and on another night, could have registered a similar score to the last home League game v Finn Harps (5-1) had they have been as clinical as they were on that occasion.

Stephen Bradley opted to make just the one change to the starting XI that played out a scoreless draw with Shelbourne just four days prior, with Lee Grace returning to the defence to captain the side after serving a suspension.

Rovers came flying out of the blocks and took the lead after just 13 minutes. An impressive burst from Rory Gaffney saw him put a threatening ball across the six-yard box from the left which fell to Neil Farrugia who finished well to give the Hoops a 1-0 lead.

The Hoops continued to push forward in search of more goals to reflect their dominance with Gaffney, Graham Burke and Jack Byrne all having attempts on the UCD goal. The Hoops were doing well at controlling possession but were having to be patient against a UCD outfit who sat deep, making it difficult for the home side to find space to play through.

Farrugia and Gaffney were linking up well and in the 35th minute the latter had a chance to double the lead when Farrugia played a beautifully disguised pass through to Gaffney but UCD keeper Lorcan Healy denied the Galwegian, taking the full force of the strike to the head. The impact was so substantial the 22-year-old ‘keeper required attention from the physio before eventually being substituted for Kian Moore at half-time.

The Hoops picked up where they left off at the start of the second half with Burke, Gaffney and Farrugia once again causing headaches for the UCD defence. Moore in the UCD goal made sure he was on high alert in order to keep Rovers at bay and to ensure The Students remained in the game.

UCD’s best chance came when Dylan Duffy’s long-range curling effort had to be spectacularly saved by Alan Mannus who used his fingertips to push the ball away from goal. As the game entered its final stages, Jack Byrne and Aaron Greene both had opportunities to put the result beyond doubt but both couldn’t direct their efforts on target as the Hoops support braced themselves for an anxious finish.

And that anxiety peaked when UCD were presented with a half chance to equalise late on. Lee Grace’s clearance fell straight to a UCD player in the box, but Dylan Duffy’s drilled effort found the side netting, much to the relief of every one of a green and white persuasion.

It was a hard-fought victory, but a vital one at that for the Hoops who extend their unbeaten home record and their lead at the summit. Up next is a trip to the Showgrounds on Saturday evening to face Sligo Rovers as the SSE Airtricity League season enters its final stages.