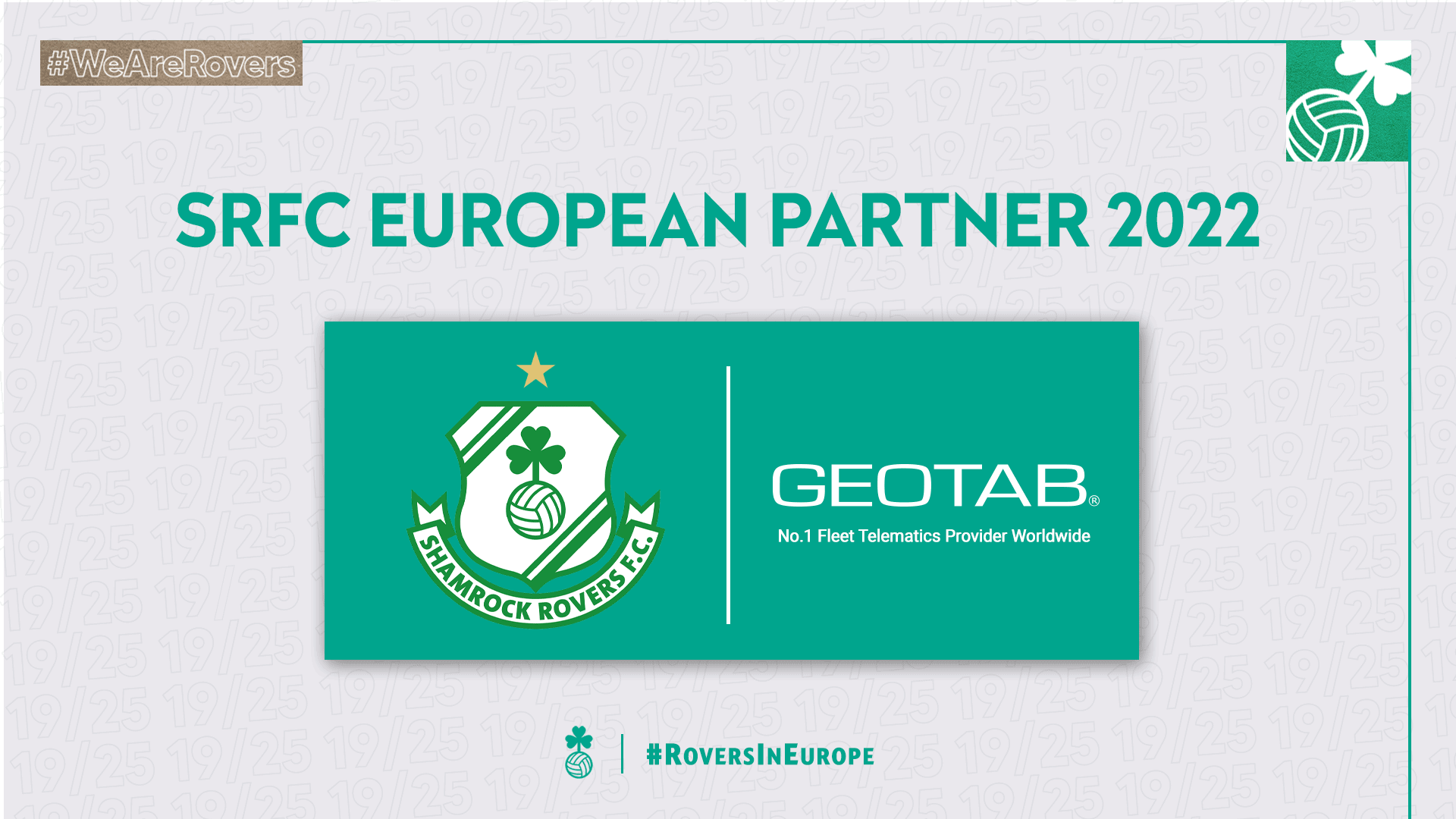 League of Ireland Premier Division Champions Shamrock Rovers are in action this week against Macedonian team Shkupi FC in the UEFA Europa League. If they fail to progress in that competition, they will compete in the Europa Conference League, with a two-legged playoff to reach the group stage of that competition.

Geotab will be supporting the team all through the 2022 European qualification campaign. Geotab’s backing comes as it enters the Irish market, with new business development manager, Phil Barnes, leading the expansion of the Canadian-owned business.

“We’re hoping that Shamrock Rovers go far in the campaign this year. As the number one telematics supplier worldwide, we were keen to support the number one football team in Ireland. We’ll be keeping track of their mileage as they travel around Europe using our  telematics system. The further the club goes, the more miles they will clock on the road. That’s where our telematics systems are really effective – they can provide route planning and fleet optimisation to help drivers and vehicles stay safe on their travels.

“To follow the team, you can also take part in our Shamrock Rovers #RoversinEurope competition to win a meal for two plus tickets to a game of their choice at any of the club’s home domestic league games this season. You just have to be involved in the fleet or logistics industry in Ireland and predict how many kilometres the club will travel on their quest to qualify for European group stage football.”

With over 2.5 million active devices in 130 countries, Geotab has a tyre-print around the globe. It now aims to bring its expertise to the Irish market using its open platform and Geotab Marketplace, offering hundreds of third-party solutions. It allows both small and large Irish businesses to automate operations by integrating vehicle data with their other data assets.

“As Ireland’s number one football club ventures into Europe, the world’s number one commercial telematics provider is coming to Ireland. It’s an ideal match. We are grateful to Geotab for their support and delighted to welcome them as a sponsor of Shamrock Rovers.”

To enter, you have to be involved in the fleet or logistics industry in Ireland, in any capacity. We’re asking you to predict how many miles the team will travel on their football adventures this year to away matches, both there and back.

They will be travelling in a fictional bus (because,of course, the team will really be flying everywhere). You just need to predict their mileage driven to and from every away game during the European competitions (Champions League, Europe League, Europa Conference League).

The winner will be the person who predicts the closest number of miles travelled to all away games (as though taking a coach journey – times and mileage on ferry crossings will not count).

No restrictions on the number of Twitter entries. Entries will have to include the Twitter hashtags #geotab and #RoversinEurope.

The winner has the right to choose a VIP attendance at a Shamrock Rovers domestic league game for 2 people during the 2022 / 23 season, along with a Geotab representative. The competition closes after Shamrock Rovers last European qualification match.

Any attempt or suspected attempt to use robotic, automatic, programmed, or otherwise illicit means to enter, or any other methods not authorized by these rules, for example, but not limited to, creating multiple Twitter or email accounts, identities, or registrations, all in Geotab’s sole discretion, shall be deemed as tampering and may disqualify you from entering, participating and/or winning a prize. Entries that contain false or incomplete information are void.

Potential winners will be notified within one (1) business day of the final day of Shamrock Rovers’ European Competition participation and will be contacted using the Twitter handle provided at the time of entry into the contest. Up to three attempts will be made by Geotab to contact potential winners. If the identity of a potential winner is disputed, the entry will be deemed to have been submitted by the authorized account holder (the individual assigned to the Twitter handle associated with the entry). Each potential winner may be required to provide proof that he/she is the authorized account holder associated with the selected entry.