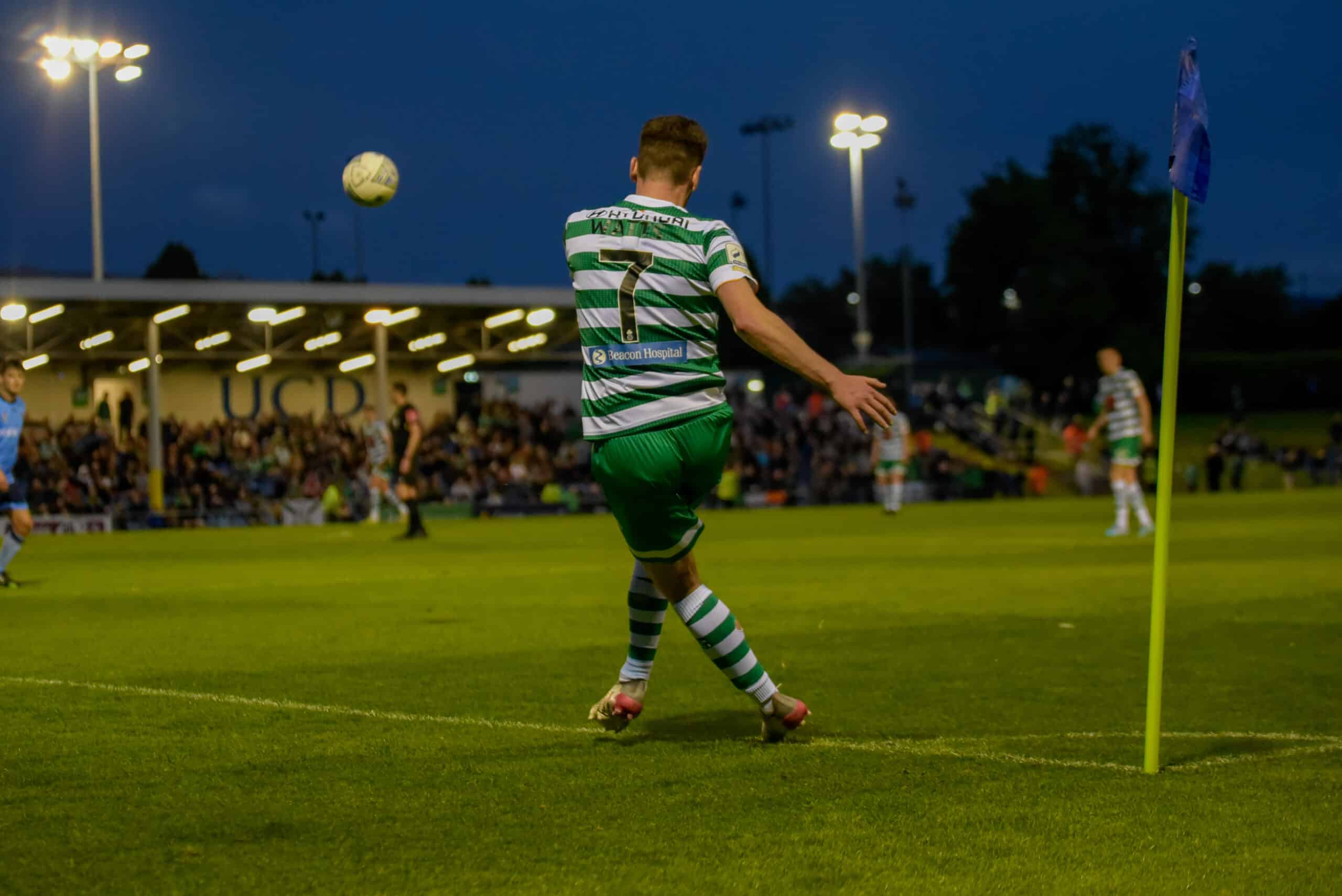 Shamrock Rovers continued their fine form in the SSE Airtricity League on Thursday night with an impressive 3-0 victory away at UCD. First-half goals from Barry Cotter, Danny Mandroiu and Rory Gaffney helped the Hoops claim all three points, extending their lead at the top of the table.

It was a dream start for Stephen Bradley’s side as they took the lead just five minutes into the game. A sublime cross into the box by Jack Byrne found Cotter whose header back across goal found the corner of the net for his first goal for the club to put Rovers a goal to the good.

It didn’t take the Hoops long to double their lead. A sublime, defence-splitting ball from Rory Gaffney with the outside of his right foot found Mandroiu who steered the ball past the helpless Kian More in the UCD goal as Rovers found themselves 2-0 up after just 18 minutes. The Hoops were on top for the majority of the first half, keeping possession comfortably while they tried to carve out openings in the home side’s defence.

Rovers continued their positive play and just before half-time, they scored their third goal of the game. Dylan Watts picked up a loose ball after a mistake in the UCD defence and drove towards the penalty box. His pass found Aaron Greene whose strike was saved well by Moore, but Gaffney was there to finish and make it 3-0 to Rovers before the end of the first period. The only downside of the first half for the Hoops was an enforced substitution after Jack Byrne picked up a knock.

The second half saw Bradley freshen the team up with Gary O’Neil, Neil Farrugia and Aidomo Emakhu all coming on at the interval. With fresh legs on the field, the league leaders continued to dominate the ball and attempt to break through the UCD backline.

It was an improved second half from UCD, who kept tight at the back and stopped Rovers from creating any real clear-cut chances. Mandroiu came close with a free-kick attempt but Moore was equal to it.

With another three points on the board, Rovers will be satisfied with their comfortable victory. It is back-to-back away games for the Hoops as they travel to eighth-placed Drogheda United on Monday evening at Head In The Game Park.