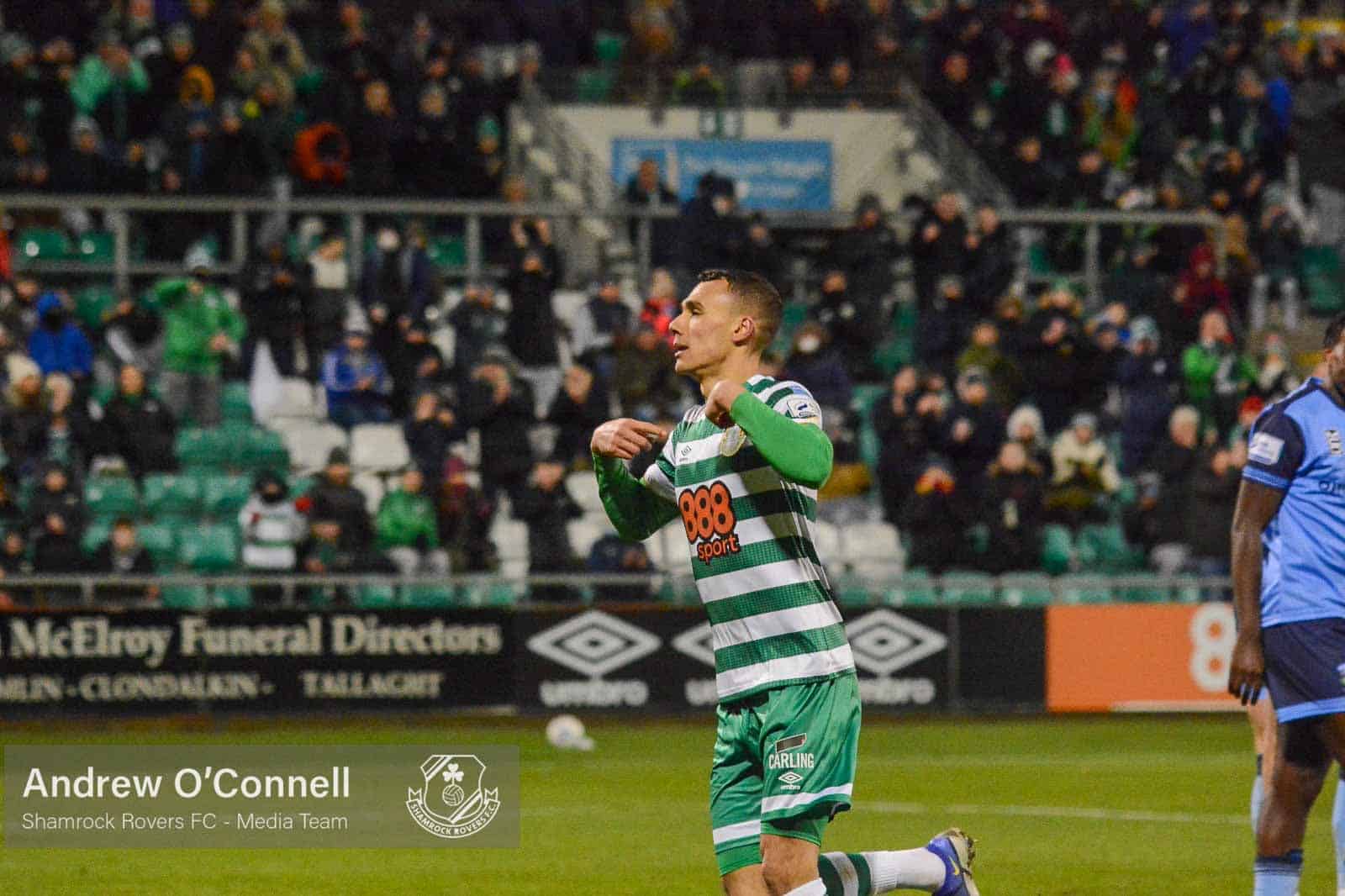 The Hoops were without manager Stephen Bradley in the dugout as the boss had to serve a suspension carried over from last season.

Although Rovers were on top, goalkeeper Alan Mannus had to be on high alert as UCD forced the 39-year-old into a few saves in the opening half hour.

The Hoops kept pushing and eventually took the lead in the 39th minute. Sean Hoare’s header from a Jack Byrne corner looped over UCD’s number one Lorcan Healy and into the back of the net to give Rovers the lead and their first goal of the league season.

Bradley’s men kept playing their game and using the wide areas to good effect and it came good again for the team on the brink of halftime as Byrne found himself with space to cross the ball into Danny Mandroiu who powerfully headed the ball into the top right corner to double Rovers lead before the break.

It was much of the same in the second half as The Hoops continued to control the game and create chances with Mandroiu and Rory Gaffney coming close, but Harvey was on top form to deny them and keep The Students in the game.

Bradley brought on fresh legs as the game entered the latter stages and it paid off to great effect. An effective high press by the forwards led UCD into a mistake at the back which ended up with Graham Burke slotting home past the goalkeeper to seal all three points and round off a successful day at the office for Rovers.

After a successful night in front of the loyal Rovers support inside Tallaght Stadium, Bradley and his side will travel up north next Friday to take on Derry City in their first away game of the campaign in which they will look to continue their winning start to the season.