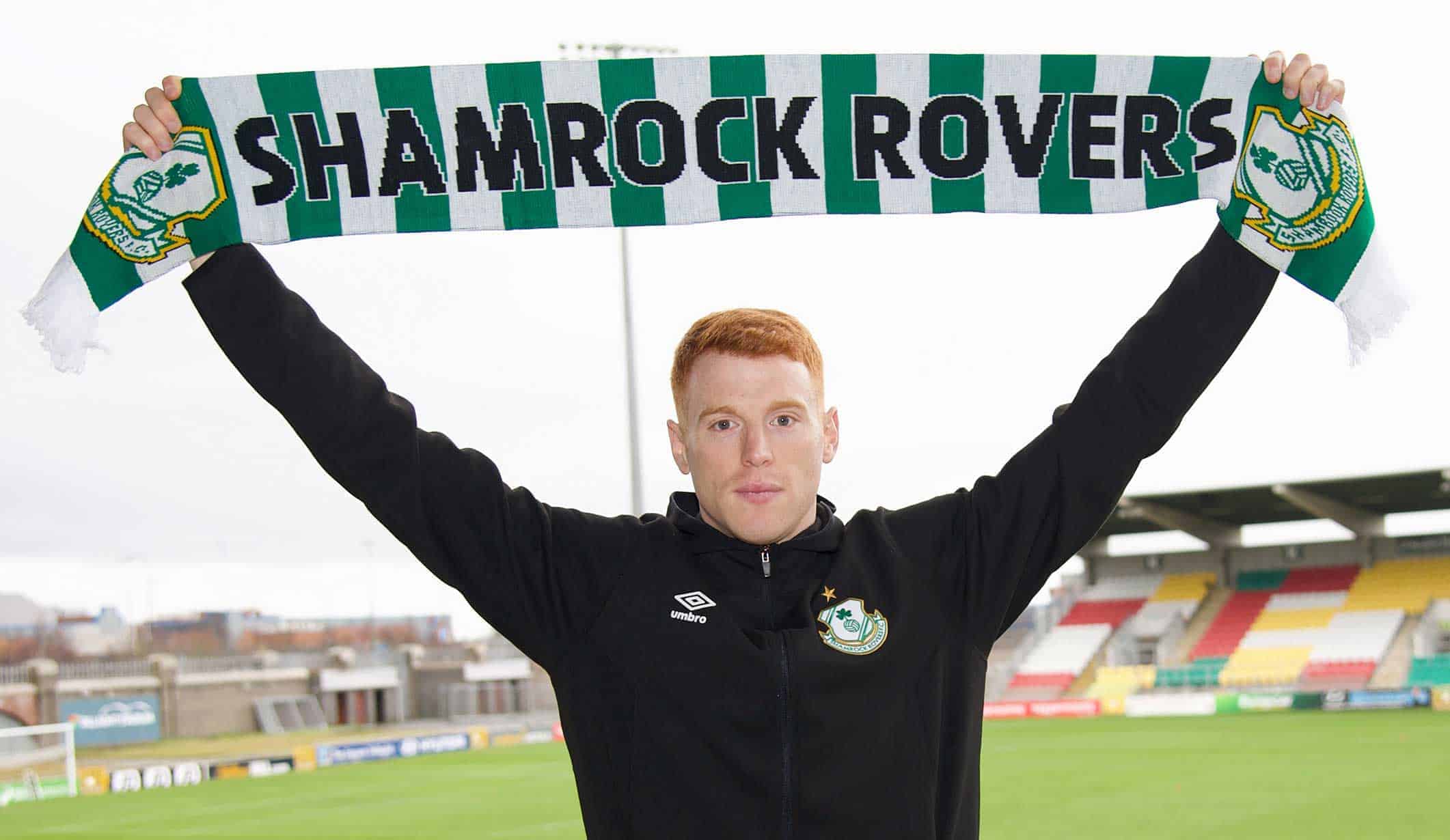 Shamrock Rovers F.C. is delighted to announce the signing of Rory Gaffney.

Speaking about capturing the signature of the striker, head coach Stephen Bradley said:

“I’m really happy to get Rory in. It’s something myself and Stephen McPhail have been working on and thankfully we managed to get it done. Rory obviously knows about the League from having played in it and watched it from afar over the years.

He had another year on his contract left so when I spoke to him he was very interested. He knew a lot about our group so when we spoke he was very keen to get it done.

Rory is a player I know really well having played with him a few years back at Limerick. I think he fits the way we play and fits as a person as well, so he ticks all the right boxes for us. Rory will score goals for us, there’s no doubt about that.

I’ve played with him so I know what he’s like and what his movements are like. He suits the way we play and he has all the attributes to score goals for us.

If you look all over the squad there’s really strong competition and I think Rory along with Aaron, Graham and Dean gives us good options up the top end of the pitch.”

On signing for the Hoops Rory Gaffney said:

“I’m absolutely delighted to sign to Shamrock Rovers. It kind of happened quickly over the last couple of days but I thought it was just too good an opportunity to turn down. I had spoken to the club before I went away to England initially and it was always a team that if I came back to Ireland I wanted to sign for. It’s the best club in Ireland. If any other club had rang me I wouldn’t have been too interested in coming home. It’s really just happened in the last three or four days and I was happy to take the chance.

I went to Cambridge and it turned out to be a bit of a disaster because I got injured straight away. I needed an operation so I never really had a chance there. I went to Bristol Rovers and that was definitely the best time that I had in England in the couple of years that I had there. At Salford, I started off alright but to be honest the last twelve months I’d gone stale there. I didn’t play for the last couple of months at Salford and I only played bits and pieces for Walsall [on loan] this year. I didn’t want to try and start doing the rounds at lower league clubs in England. I would much rather move home and play for the best club in Ireland.
I watched as many League of Ireland games on television as I could in England, I used to enjoy tuning in on a Friday night when they were broadcast. Rovers were nearly always on TV and I saw a couple of the Dublin derbies last year and the games against Dundalk. I’d know all the players from the League. I knew the type of player Stephen Bradley was [as a teammate at Limerick] and, from watching Rovers, I knew what type of football they were playing. He was a technical player and it’s clear to see his teams are a footballing side. I haven’t played for too many managers that want to play football like him.

I want to challenge for leagues and cups and there’s European football as well in the summer, that’ll be a new experience for me and I can’t wait for it. I haven’t really scored goals in the last twelve months but I’m confident that in this team, the way they play and with the midfield and attacking players they have, they’ll definitely create chances. So it’s up to me to put them away.”

Gaffney (30) began his career with First Division Mervue United in 2009 before Pat Scully brought him to Limerick in the summer of 2011.

Gaffney joined Salford City on a three year contract in June 2018. He scored 12 goals in 33 starts and 14 sub league appearances for Salford, having been on loan to fellow League Two club Walsall since September.